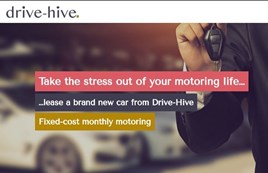 Drive-Hive made its official industry debut this week, claiming that it can provide an “all-inclusive” lending solution that could convert car dealer's finance refusals into three-year revenue streams.

The funding model, officially launched on April 10, does not follow the typical lending criteria based on credit scores, but instead judges each applicant on their ability to afford monthly payments.

Drive-Hive’s director and co-founder, Paula Edwards, told AM that customers refused finance in the showroom could be referred at the dealership to Drive-Hive.

“Anybody who doesn’t qualify for finance can be referred to us by the dealership. Drive-Hive will buy the car from the dealer and then lease it to the customer on a three-year contract, putting the customer back into the dealer network.”

The company has already announced partnerships with manufacturers including Mazda UK and Mercedes-Benz.

A spokesperson for Mazda UK told AM: “We are one of the 10 restricted manufacturers that are supporting the company.”

The service includes fully-comprehensive insurance, breakdown cover, road tax, servicing and a personal motoring manager over the three years of the lease.

News of the new offering coincides with BMW and Mini's launch of a similar pay-as-you-go leasing scheme in Partnership with London-based Drover this week.

Bommenting on the Drive Hive model, Edwards said: “The monthly fee includes all of the services and is guaranteed not to rise for the duration of the contract. We’ll even pay any parking fines or Congestion Charge fines on your behalf to take the sting out of them.

“We are delighted to be working in partnership with some really well respected manufacturers from launch including Mazda, Mercedes-Benz, Jaguar, Land Rover and Mitsubishi and are looking forward to turning showroom finance refusals into robust three-year revenue streams for the corresponding retail networks with our referral scheme.

“Drive-Hive will retain customers for each brand partner, bring regular revenue to the dealer network and make new cars accessible to near prime consumers, we think everyone will win.” 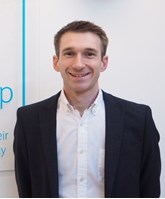