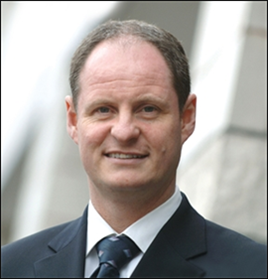 Lookers highlighted the “resilience and diversity” of its business model as it outperformed the market with a 4% downturn in new car revenues but growth from used cars and aftersales.

In a trading update covering the three months to March 31 the AM100 retail group reported new car registrations reduced by 12.4% to 718,489 cars but revenues from new cars decreased by 4%, a figure it described as “significantly better than the total market reduction of 12%”.

Total gross profit from new cars – 33% of gross profit for the group – reduced by 8% with a modest reduction in profit per unit, it added, commenting that the comparative period of 2017 was particularly strong due to April’s changes in VED road tax.

Used cars now contribute 26% of total gross profit for Lookers and the group saw sales revenues in this area increase by 8%, with gross profit improving by 6% compared to the prior year.

Aftersales generated a 2% increase in gross profit and now represents 41% of the group’s gross profit.

Lookers also announced the completion of activity in the property market during Q1, with the sale and leaseback of two properties generating £30 million in profit.

The group said: “This has had a positive and beneficial impact on cash flow in the period as well as helping to fund our capital expenditure programme.”

In a statement issued by the London Stock Exchange Lookers described its performance in Q1 of 2018 as positive “against very strong prior year comparatives for the new car market and in an ongoing environment of subdued consumer confidence”.

It added: “There continues to be strong momentum in both our used car and aftersales businesses, demonstrating the resilience and diversity of the group's business model.

“We have a strong balance sheet which continues to be supported by operational cash flow and our level of net debt to EBITDA has improved.

“We also have substantial headroom in our bank facilities which gives us flexibility and capacity to develop the business through further acquisitions at a time when there are significant consolidation opportunities within the sector.

“The financial performance of the group in the period demonstrates the effectiveness of our strategy of having the right brands in the right locations.

“The trading performance since March has been encouraging and we expect to make further positive progress during the year.”

Peel Hunt’s report stated that Lookers’ Q1 performance had been encouraging, stating: “This is a much better performance than we had feared given the market data and competitor performances (Pendragon reported 13.3% decline in new car revenues and 17.6% decline in GP).”