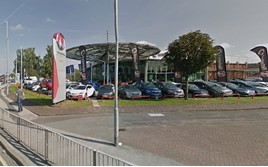 Lookers has announced the closure of its Vauxhall dealerships in Yardley and Warrington following the car manufacturer’s decision to terminate all its franchise contracts.

The AM100 retail group’s facilities on Stockfield Road, Yardley, and Winwick Road, Warrington, are set to close as part of the restructure of the brand’s network, which AM’s sources expect to reduce the number of retail outlets by around a third.

Lookers has two other Vauxhall dealerships within seven miles of the Yardley site that is set to be closed, in both Nechells and Selly Oak.

The nearest Lookers Vauxhall site to Warrington is now the Speke operation around 14 miles away.

Commenting on the move to close two of its Vauxhall franchises, a statement issued by Lookers said: “We can confirm that we will shortly be closing our Warrington and Yardley Vauxhall dealerships.

“This decision has been made in light of the well-publicised intention of Vauxhall to reduce the size of its dealer network in the UK.

“We can confirm that there are no plans to close any other Lookers Vauxhall branches and we will continue to work in a successful partnership with Vauxhall at all other sites.”

Customers of the Yardley Vauxhall dealership have received a letter informing them of the facility’s closure.

Quoting the content of the correspondence, the Birmingham Mail stated: “Please be assured, this is not a decision we are taking lightly but is a consequence of our business strategy which aims to have the right brands in the right locations.

AM reported its exclusive report on Vauxhall’s plans to slash the size of its network on March 21.

Dealer sources said that the manufacturer planned to close around 100 of its 324 franchised sites in a bid to restore profitability amid falling sales.

“Then we would propose new dealer contracts with those partners with whom we saw, for them, a stable economic future beyond that,” he said. 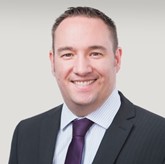 Vauxhall and the road ahead for dealerships - a guest opinion

Vauxhall and the road ahead for dealerships - a guest opinion