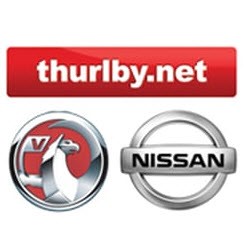 Thurlby Motors in Lincolnshire has ditched both its Nissan and Vauxhall franchises after it “suffered heavily” in 2016 and 2017 from demands to pre-register to hit increasing targets.

The two-site group, which has outlets at Louth and Alford, had been in and out of the red for several years according to Companies House records, and now continues as an independent used car retailer under its own TM brand.

In Thurlby Motors’ most recent accounts at Companies House, which show a £605,874 pre-tax loss on revenues of £31.3 million, owner Richard Walsh said: “Recovery will be a steady process, but with the main focus of the business being used car sales now, without the ridiculous pressures from underperforming manufacturers, we are slowly turning the business around.”

He said with Nissan and Vauxhall his ex-demonstrator vehicles had continued to incur massive losses on every vehicle, “something that we could not continue to maintain”.

Walsh decided mid-2017 to exit the Nissan franchise at Louth, which had been underperforming most years since Thurlby Motors took it on in 2010. That led to “a few redundancies”, according to the report.

And in Q4 2017 Thurlby Motors parted with Vauxhall, selling its Boston showroom to Taylors, which already held the Vauxhall franchise for nearby Spalding.

Walsh said in the accounts that PSA’s takeover of Vauxhall had created uncertainty.

“This, coupled along with a number of failed new launches such as the Insignia and Crossland X, a lack of support from the network team, poor marketing programmes across the new vehicles, and a huge downturn in Vauxhall new vehicle sales across the whole of the UK, made this the right decision for the business,” he added.