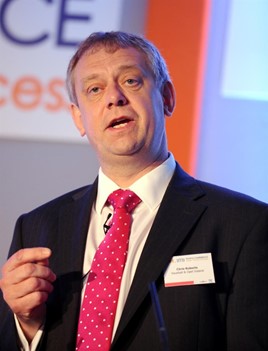 Drive Motor Retail has delivered a 117% rise in profit before tax despite a 3.3% dip in revenues in its annual financial results to December 31, 2017 - following the sale of freehold property.

But although parts sales increased by 13.2% (10.3% like-for-like) and body shop turnover increased by 14.2% during the reported period, the group also realised a mone-off profit boost from the disposal of freehold property - amassing an additional profit of £5.96 million.

A statement issued within the annual financial results said: "The group had a successful 2017, with overall profit at a record level.

"The new car market is challenging with retail car volumes down on 2016, however the group's performance is considerably ahead of the national market for the Vauxhall franchise.”

The group reported that it had continued to exercise its “tight controls over costs, margins and stock” during the period and managed to counteract the effects of a 3.3% reduction (10.1% like-for-like) in retail new car sales and a 20.7% decline in fleet volume.

While service hours rose by 3.8%, they saw a like-for-like decline of 4.8%, a trend blamed on the high warranty volumes experienced by the Vauxhall brand.

"Parts trade business continues to be competitive, however we grew this area of business in a number of key areas, especially through increased body shop volumes.

"Our body shop business continues to flourish and during 2017 we won a number of new contracts rewarding our efforts and investments in this department.”

It added: "In summary, the group had a very good year, returning profits well ahead of our peer group in terms of return on sales and capital employed.

"The directors are pleased with the performance during the year and believe that the group is in a strong position to continue its track record of excellent profitability.”