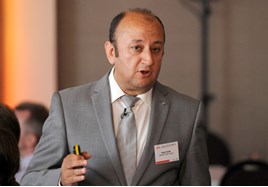 Marshall Motor Holdings has reported a 19.5% increase in turnover and a 14.4% rise in underlying profit before tax in a set of annual financial results hailed as “excellent” by chief executive Daksh Gupta.

The AM100 retail group, which now represents total of 101 franchises covering 23 brands, operating from 84 locations across 26 counties, reported a record turnover of £2.27 billion and underlying profit before tax of £29.1 million after “outperforming the market”, Gupta said.

“We are very pleased with what is an outstanding set of numbers,” he said.

“For me, a real highlight has been our outperformance of the market in a period which has seen us take significant steps to prepare the group for the future.

“Hopefully people will see these results and appreciate that it’s not all doom and gloom in automotive for a business which is well-run and has the right mix of franchise partners in the right locations.” 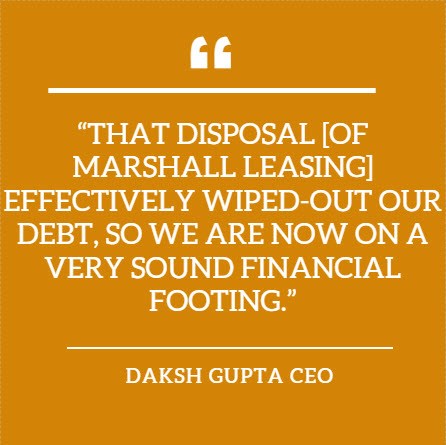 Marshall chief financial officer Mark Raban told AM that the markets had “already responded positively” to news of its strong financial results and were “up by 5%” during an interview this morning.

Marshall’s new car sales were up 12.3% in 2017 as they benefited from the Ridgeway acquisition, during the reported period to December 31, 2017, as its like-for-like new retail units declined by 2.6% to outperform the wider market, which was down 6.8% in 2017.

Used car sales were up 17.1% – 5.2% on a like-for-like basis – as fleet unit sales were down 13.9% against a market down 4.7% after the group decided to withdraw itself from low margin business.

Gupta said that the increased profitability had been down to a “spot-on” strategy to grow the group’s representation with premium brands in recent years.

But he added: “Brands do come in and out of fashion, so I don’t think it’s all been about premium.

“Overall, we’re very happy that we have a strong portfolio and a good geographic spread across what are affluent parts of the country.”

In November last year Marshall announced that it was closing six underperforming franchised sites in a review of its operations.

The six sites, which averaged a £6m to £7m turnover against a group average of £22m to £23m were: Citroen Cambridge; Honda Mountsorrel; Nissan Boston; Vauxhall Welwyn Garden City; and Maserati Oxford.

The business also completed the £42.5m disposal of Marshall Leasing to Bank of Ireland.

Gupta said: “That disposal effectively wiped-out our debt, so we are now on a very sound financial footing.”

The group is also drawing to the end of a £75 million investment in its network, which saw investment in “tangible freehold assets”, Gupta said.

The group incurred £24.4m of retail capital expenditure during the Year (2016: £28.8m), with the opening of Audi Exeter and a new Jaguar Land Rover dealership in Newbury

Raban said the group, which became Volvo’s largest franchised partner with the acquisition of Leeds Volvo from Harratts Group for £77,000 in June last year, was in a position to make appropriate acquisitions.

Following Marshall’s publication of its annual results, the group also announced that chairman Peter Johnson would be retiring.

He did, however, deliver his outlook for the year ahead.

Johnson said the Marshall board remains cautious about the UK car market in 2018 as it returns to a more normalised level, adding: “Our trading performance in the current financial year to date is in-line with our expectations and our outlook for the full year remains unchanged.

“The group has a strong brand mix, attractive geographic territories and excellent brand partner relationships and is well placed to continue to outperform the UK new car market.”

Zeus Capital market analyst Mike Allen said that, while the current economic environment remains uncertain, he believed that Marshall “is now better placed to cope with this given its more focused portfolio and strong balance sheet”.

He added: “Current trading is said to be in line with expectations ahead of the key trading period of March, and we are maintaining our below consensus headline forecasts as a result.”

Marshall's 2017 financial performance ‘ahead of expectations’

Marshall's 2017 financial performance ‘ahead of expectations’