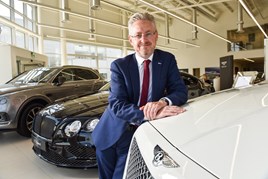 JCT600 is in discussion with potential additions to a premium-leaning car dealership portfolio to “fill in the gaps” after losing its retail franchise with BMW in Bradford.

The Bradford-based retail group will end its long-standing new car retail relationship with the German premium carmaker when its current contract ends on October 1, following the completion of a 12-month notice period.

But in an interview at the Porsche Centre Leeds this week, JCT600 chief executive John Tordoff told AM that the group’s operations on Sticker Lane, Bradford, would not end abruptly after over 15 years of serving the city's BMW owners.

Tordoff said: “JCT600 will continue with a BMW aftersales operation and we’ll be selling used cars from the site.

“We own the land and the facility and we have the customer database for the area, so we’re in a very strong position from that point of view.”

Tordoff claimed that BMW Bradford had been the German brand’s best performing site in Yorkshire during 2017.

He added: “Customers have been asking us why this has happened and I don’t have an answer, but we are able to continue to deliver a service to them.”

JCT600’s list of franchise partners grew in July with the addition of Jaguar Land Rover and is soon to embark on a new wave of investment in the Porsche brand.

The group added Jaguar and Land Rover dealerships to its business with the acquisition of Pendragon’s former standalone sites in Doncaster earlier this month and is currently planning the expansion of its Porsche Centre in Newcastle and an upgrade of the Porsche Centre Sheffield.

He said: “There are brands like Aston Martin, Bentley, Ferrari and Porsche that are flying at the moment and that has been great for us, but the volume brands have continued to do good numbers for us and realise a profit.

“We have a few gaps to fill and we are in discussion with two or three manufacturers that would be a good fit for us. As with every brand – luxury, premium or volume – you have to weigh up the pros and cons of investment and return.

“There are certain brands that you look at and it’s very difficult to see how the levels of investment demanded will be justified.”

In the past eight months JCT600 has spent over £7m on retail property with the opening of its Porsche Centre Teeside, a redeveloped Peugeot Bradford dealership and the £1m refurbishment of its Sheffield Mercedes-Benz site. 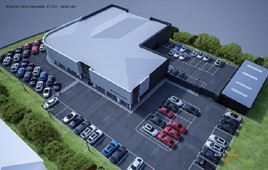 A statement issued by JCT600 described the works at the facility on the Silverlink Business Park as “a further demonstration of the Porsche brand’s commitment to the North East following the opening of a brand new Porsche Centre in Teesside just a year ago”.

The two new JLR sites will also need to be brought together under the brands’ Arch Concept retail standards, Tordoff said.

He added: “We bought the two JLR sites in the full knowledge that we will have to develop a single-site Arch concept facility in Doncaster and we are fine with that.

“For some time Jaguar and Land Rover have been the most obvious brands missing from our portfolio and it’s good to finally have them. They are two brands that we have faith in the future of.”

Last month JCT600 reported a 2% rise in turnover to £1.25 billion in the face of “challenging market conditions” in its annual financial results for 2017, adding that it expects “fierce competition” to continue in the automotive retail sector.

It also recorded an increase in gross profit and operating profit, which saw an increase before exceptional items to £19.1m.

JCT600 said that its performance in the retail sector showed only a modest decline, significantly outperforming the overall market, whilst crediting its growth on a strategic focus on the sales of used vehicles and aftersales.

Nigel Shaw, group finance director at JCT600, said: “Despite strong competition both from other physical retailers and from the internet-based dealers, our ongoing investment in people, dealerships and systems is enabling us to retain our competitive advantage.”

Read AM’s full interview with JCT600 chief executive John Tordoff in the September edition, due to reach subscribers during the wek starting August 20.