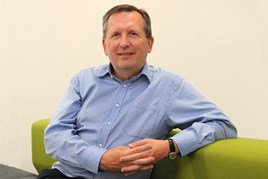 ​Pendragon has blamed the performance a faltering UK motor division for a 41.4% fall in underlying pre-tax profits in financial results for the first half of 2018.

In a half-year report for the six months to June 30 the group said its underlying profit before tax for the period had slumped by £20.1 million to £28.4 million due to the performance in the sector, but insisted that its results were “in line with expectation”.

Pendragon’s underlying revenues were £2.48 billion, down 0.2% on the same period in 2017, when strong used car sales counteracted the effects of a fall in new car sales.

Chief executive, Trevor Finn, insisted that Pendragon – which slipped from the AM100 top spot when Sytner Group acquired The Car People last summer – was “gaining momentum” despite the declines as its leadership team led “the transformation to fully online used car retailing”.

He said that the new strategy would deliver "greater self-determination and more reliable, sustainable earnings", adding: “Our industry leading software company gives us unique technology and expertise, to reformat our business model.

“We are also continuing to reallocate our capital into higher return areas to increase shareholder value.

“Underlying profit before tax was £28.4 million for the first half and we remain in line with expectations."

In December 2017 Finn announced plans for the group to base its future growth around a new strategy which would include a doubling of its profit from used cars, a re-appraisal of its UK car franchises and a focus on the operations of its Pinewood DMS software division.

During the period to the end of June the group said that it had sold two premium franchises for consideration of £4.7 million and avoided capital expenditure of £9.9 million as a result.

Shortly after the half year it also completed the sale of a further two premium franchises for proceeds of £3.1 million and avoided capital expenditure of £8.3 million as a result.

Overall the group claimed to have released £26 million of capital through the transactions, which it hopes to add to with the £10 million sale of its US retail division.

During H1 2018 Pendragon said that its used car division had achieved growth in physical and online presence in the UK, meanwhile.

Its investment in used retail points also continued with the opening of full-scale Car Stores in Norwich, Ipswich and Shrewsbury Car Store in the period. The new sites mean that the group now has 28 used retail points in total and a further three Car Store locations should be opened during H2 of 2018, it said.

Two dedicated used car refurbishment facilities were also opened in H1, as part of a bid to “industrialise” the used car sales process, it added, with plans to add a further two similar facilities before the end of the year giving a total annualised refurbishment capacity of 80,000 vehicles.

Pendragon said that its Pinewood DMS software division had made “good progress”, realising revenues of £8.4 million and an operation profit of £5.6 million.

In the first half it has implemented the software into customers with an addressable user base of over 1,200.  SaaS is being made available to our new international markets using Microsoft Azure which is currently available in 140 countries.