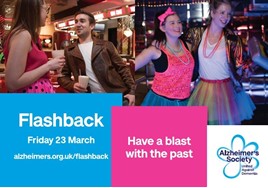 Inchcape UK has announced its participation in the national ‘flashback week’ fundraising event for the Alzheimer’s Society.

As part of the national ‘flashback week’ campaign, Inchcape will be holding events for customers between Monday August 20 and Sunday August 26.

Inchcape UK’s chief executive, James Brearley, said: “This activity will give our customers the chance to remind themselves of those classic cars they may have once owned.

“We are calling on all local car clubs for the brands we represent to come and show their vehicles at our sites.

"We know that very often classic car enthusiasts may want a great excuse to use their cars and I cannot personally think of a better one."

This is the second company-wide challenge organised by Inchcape UK since Alzheimer’s Society was chosen as its new charity partner earlier this year.

Fundraising began in April with the Great ‘Inch’ Cake Bake Off 2018 and individual sites and colleagues have also been planning their own events, with the fundraising total reaching almost £10,000 in just four months.

Brearley said that the fund-raising effort had provided an opportunity for Inchcape's car retail teams to "have fun and work together to raise money" for the Alzheimer’s Society.

He added: "I really look forward to personally taking part.”