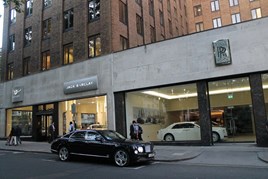 Supercar sales specialist HR Owen has doubled its profits in the year to the end of April amid plans to build a new £50 million headquarters at the heart of London.

Big-spending luxury car buyers from overseas were among the key strengths of the business in the year to April 30, according to its chief executive Ken Choo, as profits from its 15-strong dealership network grew from £2.9 million in 2017 to £6m.

Despite a fall in revenues from £428m to £423m during the period, big ticket products from the likes of Rolls-Royce, Bugatti, Lamborghini and Ferrari helped to drive margins, along with a diversification of the group's offering to customers.

Malaysia’s Berjaya Group, run by billionaire businessman Vincent Tan, bought the group in 2016 and Choo was installed to run the operation in January 2017.

In an interview with the Financial Times, Choo revealed that the rich are only getting richer, despite the current economic uncertainty and declining UK car registrations in the wider UK market – driving sales into its dealerships.

Choo said: “Frankly speaking, the demand for the products is still there and it is not slowing down. The ultra-luxury segment is still growing and they want more.”

The FT reported that HR Owen’s forthcoming expansion will see work on a new London headquarters completed within two years.

The five-acre site will house several showrooms, as well as about 500 spaces of underground storage where customers can keep their vehicles while out of the country for extended periods.

Driving events and VIP evenings at its London dealerships have also become a central part of the HR Owen operation in recent times.

“People come from all over the world to London to buy cars and to keep cars here,” Choo told the FT. “If you look at the amount of things that we outsourced in the past, it is really significant.

“We do sales and service but I think we can offer other things, which if you look at the bottom line we have improved significantly.” 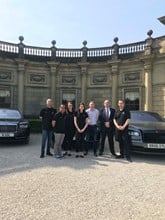