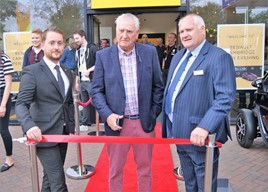 John Banks Group has officially opened a refurbished Renault showroom and standalone Dacia franchise in Cambridge as it brings an end to a “year of refurbishments” within the business.

The £600,000 investment at the Swanns Road site in Cambridge has helped establish the two franchised sites as some of the brands’ largest facilities in the UK, according to the Bury St Edmunds-based retail group.

Opened last night (August 30) by Seb Brechon, Renault UK’s area sale manager, John Banks, chairman of the John Banks Group, and Mark Banks, group managing director, the completion of works at the site follow a £3m investment on workshop facilities at the two franchises and the nearby Honda at franchise on Mercers Row, Cambridge.

Mark Banks said: “The additional £600,000 refurbishment investment in both the Renault and Dacia showroom’s in Cambridge ends a year of refurbishments across our group of dealerships. 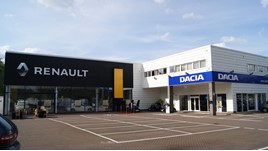 “At Cambridge we now hold franchises for Honda, Renault and Dacia cars and Renault commercial vans. Honda Motorcycles, Scooters and mopeds are also available from our Honda Cambridge site.

“We are delighted with the result and we are pleased to be able to employ additional staff to grow our family business further.”

John Banks Group now employs more than 165 staff and handles over £75 million worth of business annually.