Vertu chief executive Robert Forrester has said that the business is actively looking for new investments after putting in place further measures to further strengthen its “ultra conservative” balance sheet.

Group gross margin decline from 11% to 10.7%, meanwhile, but the effects of this were mitigated as the group grew its new retail volumes by 5.7% like-for-like and used car vehicle volumes by 5.5% during the period, albeit with lower margins of 8.8% (2017 H1: 9.2%) due to higher average prices.

Forrester said: “I cannot ask any more of my management and the other people in the business if they continue to sell more cars than the competition.”

New fleet car sales declined 12.4% in the reported period and Motability by 6.4% and Forrester attributed this shift more to reduced manufacturer incentives than a considered shift away from certain sales channels by the group.

Aftersales revenues grew by 10.2% to £127.2m (2016 H1: £ 115.5) and generated a gross margin of 44% as Vertu noted that its mix of service hours shifted further in favour of warranty work, with continued high levels of vehicle recalls and product quality issues in a number of franchises.

Despite the acquisition of the of five sales outlets from the Hughes Group in June, including two additional Mercedes-Benz outlets, Forrester’s conservative approach to the Vertu balance sheet remained intact during the period to August 31.

A further share buyback programme has now commenced in which the business aims to buy back its ordinary shares of 10p each for an amount up to £2m.

Asked whether the uncertainty of Brexit had played a part in the business’s decision to strengthen its balance sheet, Forrester said: “Even the most ardent Brexiteer would have to concede that the uncertainty surrounding it has had an effect on currency but the economy remains in robust form.

“We were already conservative around debt because of the cyclical nature of the sector, but Brexit has added another variable.

In its report on Vertu, markets analyst Mike Allen, of Zeus Capital, said: “Net debt was £8.7m vs. net cash of £20.8m last year. However, the Hughes acquisition was completed in the period for £21.8m.

“Capital expenditure was also higher during the period at £13.3m vs £8.2m last year, which included the purchase of the freehold of Newcastle Vauxhall (£7.5m) being previously leased with fixed rental increases over a remaining 14-year lease term.

“The balance sheet remains extremely robust, underpinned by a freehold and long leasehold portfolio of £202.9m (last year £175.0m), which is 74% of the period end shareholders’ funds of £273.2m.

“Freeholds within this represent 54% of all dealerships in the portfolio. Net debt levels remain very low in the context of its committed debt facility of £62m, with the potential to add a further £15m, which is uncommitted. We believe £37m of the five-year acquisition facility was drawn as at the period end.”

Forrester said that political uncertainty in the UK may create consumer uncertainty and volatility for the remainder of the financial year and revealed that, while the business outperformed the market, its like-for-like new retail volumes had declined by 13.8% in September, while new private registrations fell 20.1% in the month

However, the group’s strong balance sheet means that Forrester remains in the mood for further acquisitions.

He said: “We have gearing of 3% and an extremely strong balance sheet. That gives us both resilience and the capacity to grow the group more.” 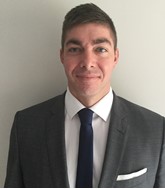