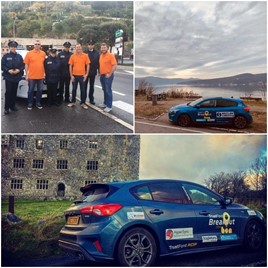 Intrepid team members from across the TrustFord car retail group have completed a series of border crossings across Europe as part of its Breakout for Ben charity challenge.

The tyre tracks of 54 TrustFord driving teams have been laid across dosens of countries – including France, Germany, Poland, Italy and Romania – as participants put their pedals to the metal to rise to the challenge of driving furthest in a 24-hour period in order to raise funds for the automotive charity, Ben.

Drivers jumped into an new Ford Focus or Ford Tourneo and headed out from the group’s fleet PDI centre at Long Marston at 11am on December 6, driving around the clock before completing their challenge this morning.

TrustFord provided each team with fully-fuelled vehicles, branded with the TrustFord Breakout for Ben logo, and a £400 allowance to spend on fuel, food and accommodation.

In line with TrustFord’s ‘Spirit of Care’, team members will not be required to use their annual leave time to participate. 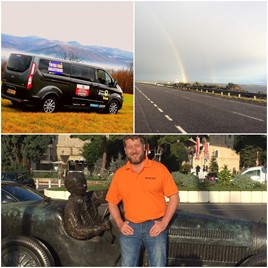 Teams have been competing for a range of awards including the Chairman’s Prize for the team reaching the furthest destination; Most Efficient Use of Fuel; Best Fancy Dress; Most Money Raised Pre-Drive; Most Money Raised Overall; Single Biggest Donation; and Most Unusual or Novel Destination.

Stuart Foulds, chairman and chief executive of TrustFord, said: “Ben is an incredibly important charity to all of us in the automotive industry, having helped thousands of colleagues over the years.

“We’re guided by a Spirit of Care at TrustFord, so I’m delighted to launch Breakout for Ben, which will be the largest single fundraising event we have ever completed as a group.

“Our colleagues have been raising money for so many good causes during this year, so this is a fitting way to end 2018.” 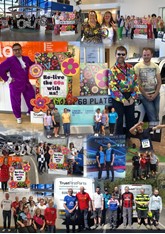