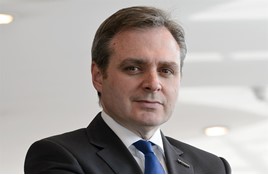 Vantage Motor Group is set to follow-up a successful network restructure with the opening of a new Lexus dealership in Preston.

The Knaresborough-based AM100 retail group, which operates 24 dealerships across the North and Midlands, selling Toyota, Hyundai, Citroen, Lexus, Honda, Kia, Skoda and Mazda vehicles, is currently completing the construction of the new site on the city’s Riversway Motor Park, off Admiral Way.

Occupying a site adjacent to the AM100 group’s existing Toyota franchise, the new facility will sit in an area already occupied by an Arnold Clark Renault and Dacia franchise, Simpsons Skoda and Marshalls Mercedes-Benz.

Expansion with the Japanese premium brand, which is already represented by Vantage in Birmingham, Leeds and Wolverhampton, follows a financial year of change within the group.

Vantage Motor Group reported in October that it had returned to profitability following the sale of ‘unprofitable businesses’.

In 2017 Vantage said that investments in property, facilities, fixtures and in turnaround operations to restore a number of loss-making and under-performing dealerships had led to a pre-tax loss of 134%, despite a 25% growth in turnover to £262m.

In a statement issued alongside the results for the period to December 31, 2017, the group was able to report a set of results which shows a £1.46m pre-tax profit alongside a further 6.9% increase in turnover to £280.1m.

In March last year – following the Vantage group’s year-end – it further boosted its bottom line with the acquisition of the trade and assets of Charles Clark Motors' Toyota and Lexus dual franchise dealership in Wolverhampton.