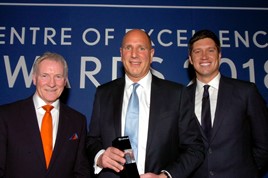 Steven Eagell Group has been crowned Best Lexus Group as its won a hat-trick of awards at the annual Lexus ‘Centre of Excellence Awards’ – just two years after it started representing the brand.

The automotive retailer, which owns and operates four Lexus Centres and 18 Toyota Centres across the southeast of England, was named Best Lexus Group at the awards event hosted by Vernon Kay in London last week.

Group founder and managing director, Steven Eagell, said: “These awards are a fantastic achievement for the group, considering we only started representing the Lexus brand in late 2016.”

“I’d like to thank staff across all our Centres for their commitment to delivering amazing customer experiences, and to Lexus UK for the recognition.”

Steven Eagell Group joined the Lexus network with the acquisition of Hatfield Lexus from Lookers in September 2016 and added a further two locations – and six Toyota sites – in Cambridgeshire, Essex and Suffolk in a deal with Jardine Motors Group back in February, 2017.

Ten months later the group added to its Lexus representation with the acquisition of Lexus Milton Keynes from the AM100-topping Sytner Group.

Lexus’s annual COE awards recognises franchisees that strive for continuous improvement, going above and beyond to deliver a great customer experience.

The 5 Star Performance award is based on a regular audit of all Lexus UK Centres’ performance in Sales, Aftersales, Used Cars and Facilities, while the Best Used Car Retailer category recognises the performance across all areas of a Centre’s Used Car department. 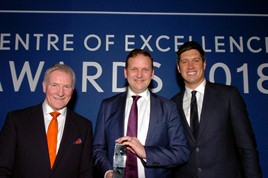 Steven Eagell’s Lexus Ipswich centre principal, Tim Brownsdon, said: “I am extremely pleased to receive the 5 star Award on behalf of my team at Lexus Ipswich.

“This award recognises their hard work, exceptional customer service and passion for the Lexus Brand.”

Dan Routh, centre principal at Lexus Milton Keynes, added: “We are delighted to achieve the Best Used Car Retailer award - a result of our dedication to complete customer satisfaction.

“The team here at Lexus Milton Keynes is very proud of our own award, and the Best Lexus Group prize.”

It also represents Toyota – the only other franchise it operates – and also won Best Group at the 2015 and 2017 Toyota BRiT (Best Retailer in Town) Awards.