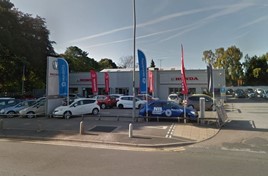 Staff at Vertu Motors' Honda dealership in Retford have been informed of the franchised site’s closure at the beginning of next month.

The April 5 scheduled closure of the facility on North Road, Retford, is being completed as part of a “business review” by Honda which has resulted in a 10% reduction in its number of UK retail locations.

Speaking to LincolnshireLive.co.uk, the showroom’s branch manager, Paul French, described the meeting to tell staff of the closure as a ‘sad day’.

French told the publication that he had started working at the franchised site as a sales executive in 1985, adding: “The company has been lovely to me in that time, and it is just generally a lovely little garage.”

A spokesman for Vertu Honda, which also operates franchises in in Mansfield, Nottingham and Doncaster, said in a statement that the closure of the Retford site was “part of a business review, in conjunction with Honda UK”.

It added that the move would enable investment, as Honda moves towards electric vehicles, to be more concentrated.

Honda recently cited the need to drive its electrification programme amid reasoning for its planned 2022 closure of the Swindon manufacturing plant.

Last year the brand also told franchisees that it would be shrinking its UK franchised retail network by 10% and, speaking to AM at the Geneva Motor Show 2019 earlier this month, its head of car, Phill Webb said that this process had been completed “organically”.

He added: “It was something that we needed to do. We are at 155 sites now and there will be a couple of further changes coming in April.”