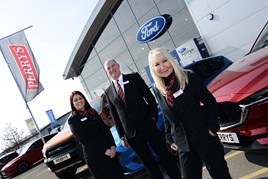 Perrys Motor Sales has said that its launch of the new Perrys Leasing service has come in response to the “seismic shift of millennials preferring to rent rather than buy products and services”.

The Northampton-based AM100 retail group said that its new leasing service will specialise in Personal Contract Hire and Business Contract Hire for cars and commercial vehicles and had been designed to give customers greater choice.

“Making the concept of driving a new car more affordable and attainable than ever before, the launch of Perrys Leasing comes in response to the seismic shift of millennials preferring to rent rather than buy products and services as they seek to maximise value for money”, said a group statement issued today (April 29).

Perrys said that Perrys Leasing would eliminate the need to sign up to long-term contracts, adding that the platform was also set to appeal to self-employed people and small business owners who are looking for a more flexible solution at a time of business uncertainty due to growing economic pressures and Brexit.

“As such we are committed to moving with the times to ensure that our business responds to ever-changing customer demands.

“We have therefore listened to our customers and given them what they want by launching this new leasing service.”

Millard added: “Traditionally, leasing brokers have dominated this market, but in recent years the number of brokers has lessened as regulatory burdens have tightened.

“We see this as a great opportunity as Perrys can leverage a wide range of competitively priced vehicles thanks to our existing supplier relationships with the manufacturers.

“We hope that our customers – from the public through to business owners with small fleets – truly feel the benefit of this new offering.”

The group blamed cost pressures including the apprenticeship levy, pension costs and a higher minimum wage for the set of 2017 annual financial results which showed a 65.7% decline in profit before tax. 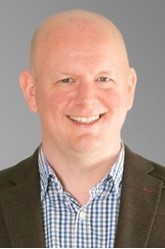