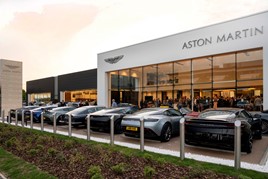 Cambria Automobiles has opened the doors to its new Aston Martin dealership in Hatfield to complete its relocation from a temporary showroom at Welwyn.

The first dealership in the UK to showcase the British sports car brand’s brand-new corporate identity, the new purpose-built facility is located on Mosquito Way, Hatfield Business Park, and will be owned and operated under the AM100 retailer’s Grange Group brand.

Cambria chief executive, Mark Lavery, said: “Grange has a long and established history in the luxury automotive space. The development of our new facility in Hatfield has allowed us to create a bespoke environment that caters to the needs of our guests.

“The modern but relaxed surrounds will ensure that Aston Martin Hatfield is a destination that both entertains and informs.

“The team at Aston Martin Hatfield remains unchanged and I am sure each of them will join me in welcoming guests to the new premise.” 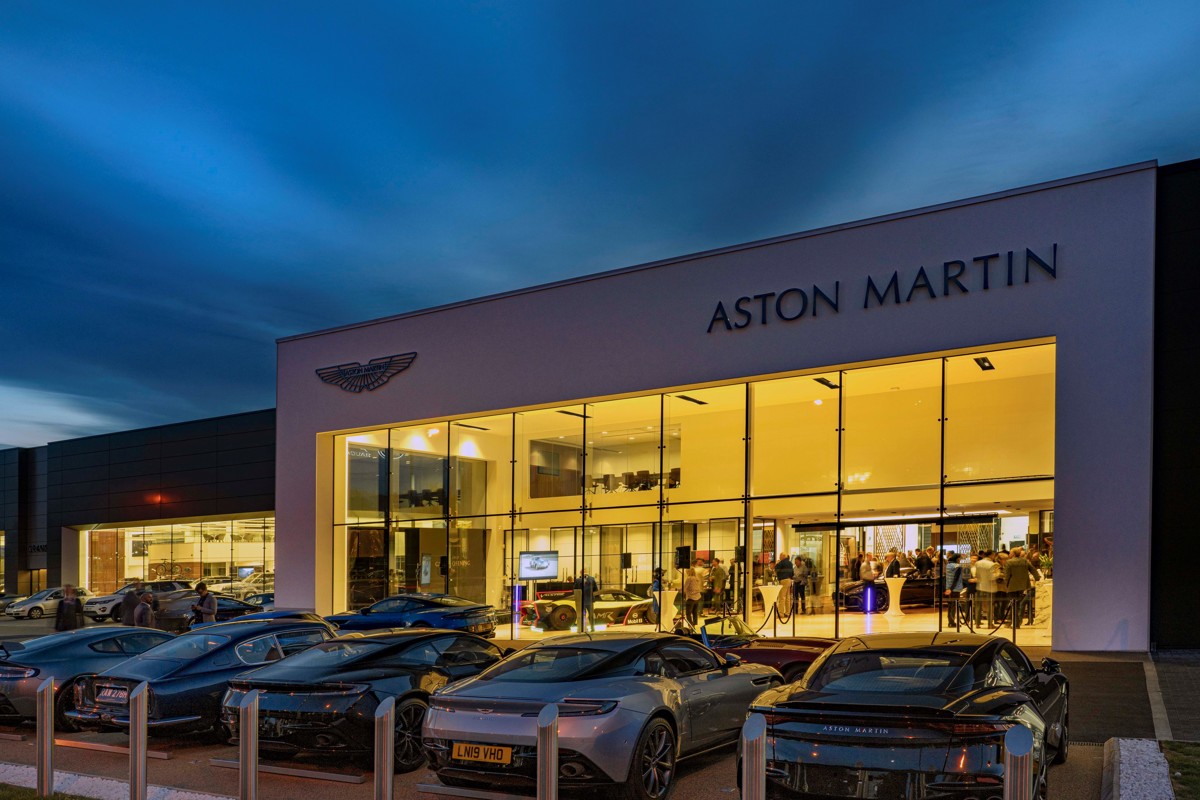 Philip Eaglesfield, Aston Martin UK & South Africa Regional President, said: “I would like to congratulate Grange on creating such an outstanding facility which showcases how serious we both are about delivering the company’s Second Century Plan.

“We have ambitious plans for our product line-up including the introduction of electrification, the company’s first SUV, DBX and a mid-engine sports car, Vanquish.

“I am very confident the dealership team will continue to draw upon their extensive product knowledge to provide guests with exceptional service.”

The opening of Cambria’s new Aston Martin facility comes as part of a luxury refranchising plan which showed signs of reaping rewards in a set of H1 financial results which detailed a 4.5% increase in turnover and 14.6% rise in underlying profit before tax last week.

Overall turnover increased to £308.3 million (H1 2018: £295.1m) and underlying profit before tax to £5.5 million (H1 2018: £4.8m), partially as the result of the group’s withdrawal from certain unprofitable franchises and opening of new retail sites with the likes of Aston Martin, Bentley, Lamborghini and McLaren.

Franchise developments at Cambria during the reported period included the opening of the group’s second Lamborghini dealership, the occupation of the Hatfield Jaguar Land Rover Arch-Concept dealership and the £2.76 million disposal of a Royal Wootton Bassett freehold site following relocation of Jaguar Land Rover to Swindon in the previous financial year

Following the end of the period, Cambria has also opened a new Suzuki dealership in Maidstone, acquired land in Brentwood for development of dealership facilities, opened a Citroen dealership in Oldham and moved into the recently-completed Hatfield Aston Martin and McLaren dealerships.