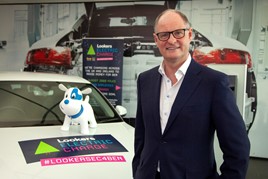 Lookers has reported that trading toughened in the second quarter of 2019 and warned that its earnings at the mid-year point will likely be down by 25% year-on-year.

Alongside inflationary cost pressures, it cited an accelerating decline in the new car market during Q2, plus weaker demand and resultant margin pressure in the used car market.

Describing its financial performance as “robust” in the challenging market conditions, Lookers warned that it expects those challenges to continue into the second half of the year, exacerbated by continued weakness in consumer confidence in light of wider political and economic uncertainty, and further pressure on used car margins.

“There is also the possibility of new vehicle supply restrictions as new emissions regulations come into force during Q3. In addition, the retail sector cost inflation experienced in H1 is likely to continue to impact earnings during the second half of the year,” said the dealer group.

Its half year results will be published on August 14.

“Notwithstanding these short-term challenges, the board continues to believe that over the long term the group is extremely well positioned to take advantage of the many opportunities ahead as the sector continues to develop, underpinned by the group's strong balance sheet and cash generation,” said Lookers’ statement.

In the recent 2019 AM100 supplement, chief executive Andy Bruce (pictured) told AM the major challenge for all franchised dealers is rising operating costs across payroll, such as through wage increases, apprenticeship levy, living wage and pensions.

"We are having to run faster and faster to stand still at a gross profit level," he said.