The Scottish association was welcomed as one of the newest members of the European Council for Motor Trades and Repairs (CECRA) after their registration was unanimously approved ahead of its annual dinner event, which this year took place at The Hotel in Brussels.

And the association, which has reached its highest membership figures in 50 years with over 1,300 members, was part of discussions which saw various trade bodies from across Europe exchange views on the present and future challenges for cars, vans and trucks dealers and repairers.

“We live in a changing world undergoing a paradigm shift in services. We should seize opportunities for innovation. This is a unique chance for growth but tough chance. I sincerely believe that our sector, that we, CECRA, have a responsibility towards our world, towards people,” said CECRA president Jean-Charles Herrenschmidt.

Following a brief summary by CECRA’s Director General Bernard Lycke about what CECRA and several other European associations have been doing, Mehdi Hocine, deputy head of unit for Automotive Business in European Commission’s Directorate-General for the Internal Market, Industry Entrepreneurship and SMEs (DG GROW), took the floor to provide a speech on “Connected and Automated Driving in the EU”.

In a statement issued after the annual event, CECRA said: “On regulating access to connected vehicle data, the Deputy Head of Unit underscored the need to update the existing legislation on access to Repair and Maintenance Information, achieving a fair balance between competition and cybersecurity.

“Within EC’s Motor Vehicle Working Group, there are ongoing discussions on several issues to be heeded on the topic (e.g. regarding possible competition problems or innovation threats), while the European Parliament has adopted two resolutions urging the Commission to table a comprehensive proposal on access to in-vehicle data.”

CECRA has been lobbying on the issue of access to data in the automotive sector for some time. In December 2016 it described a proposal for a a common technical architecture that would see all in-vehicle data channelled through the vehicle manufacturer’s proprietary server as undermining "vehicle owners’ right to decide who they share their data with and for what purposes”, adding: "We also consider this to be a serious threat to competition, innovation and consumer choice in the digital era."

In August The National Franchised Dealers Association (NFDA), which is no longer part of CECRA, shrugged any suggestions of divisions caused by Brexit by joining the newly-formed Alliance of European Car Dealers and Repairers (AECDR).

NFDA director Sue Robinson said that the creation of the AECDR, and stronger ties with similar organisations representing businesses in the automotive sector from across the region, would “allow us to continue to collectively represent the interests of our members alongside a number of European associations”.

Speaking to AM about the new organisation following this summer’s AM100 Dinner, Robinson also suggested that the access to an office in Brussels would allow its various investors to respond more actively and lobby more effectively on a range issues affecting the sector.

Robinson said: “Despite what may happen with Brexit over the coming months, a number of crucial decisions will continue to be made outside the UK.

“Having representation in Brussels will be of vital importance to our members and the whole UK automotive industry.

“The alliance has been formed to coordinate efforts and objectives for the retail side of the automotive industry, not only domestically, but also at a European level.

“This collaboration will enable NFDA to increase its strategy and representation for the interests of our franchised dealer members”. 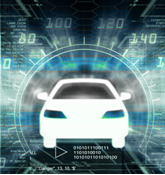