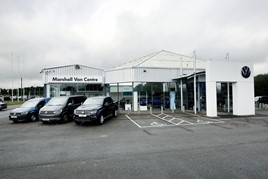 The new Lincoln site, on Sadler Road, will create 11 new jobs and will showcase 39 used vehicles at any one time alongside facilities which include 25 aftersales service bays and four workshop ramps. 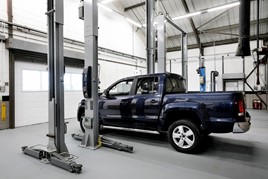 “It allows us to meet customer needs in the area with a new and used showroom alongside a fully-equipped servicing facility.”

Volkswagen Commercial Vehicles director, Carl zu Dohna, said: “The opening of a new, bespoke Van Centre in Lincoln is great news for our customers, expanding our network and ensuring we provide an outlet for sales and service in this important area of the UK.

“Marshalls have long been a partner to our brand and currently have five Volkswagen Commercial Vehicles sites; I’m confident they will make a great success of this new Van Centre with the backing of an experienced and professional team.”

This year has already delivered the opening of at least two new Volkswagen Van Centres. 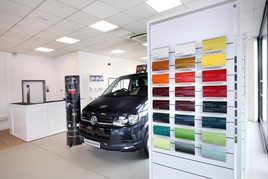 As part of Volkswagen Commercial Vehicles’ Working With You brand promise, all Volkswagen Van Centres now offer extended opening hours to minimise customer’s downtime and ensure their vans can be serviced while they’re not working.

Marshall’s new Lincoln Van Centre now brings the number of Van Centres providing both sales and service facilities to 72, with a further 27 Authorised Repairers across the country.