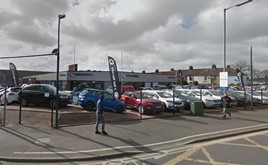 Dax Harding told the Eastern Daily Press that he was “horrified” to find that a series of vehicles – six of which belonged to service customers and two awaiting collection form their new owners – had been damaged when the dealership opened for business on December 29.

Harding said that he expected some of the vehicles to be written off following the attack, which had come after what had been “a tough year anyway”.

Paintwork was keyed and tyres slashed in the attack, which took place at some time between 5pm on December 28 and 10am on December 29 and police have been investigating the incident.

Harding said that he expected the damage to amount to over £3,000 per car, but insurance assessors had yet to visit the dealership site on Station Road, Great Yarmouth, at the time of the EDP’s visit.

Investigating police officers want to speak to anyone who may have witnessed the vandalism.

A spokesman for Norfolk Constabulary said: "Officers are keen to hear from anyone who may have witnessed the incident or has information concerning the person(s) responsible."