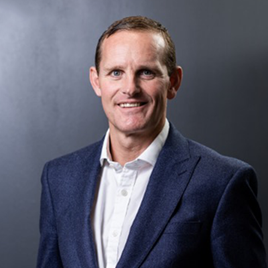 Lookers’ chief operating officer Cameron Wade has resigned his post with immediate effect as share prices at the AM100 car retail group declined to a record low.

Wade’s departure just weeks two month's after his promotion to the post follows Tuesday’s (March 10) announcement that the group will delay the publication of its 2019 annual financial results after finding evidence of potentially fraudulent transactions in one of its operating divisions.

In a statement issued via the London Stock Exchange today (March 12), the group said that Cameron Wade was “leaving the Company with immediate effect”.

Wade, who was previously, commercial director and managing director at Peter Vardy, assumed the chief operating officer post in January, four years after he joined Lookers as franchise director of the group’s Audi Division.

Share prices in Lookers, the AM100’s second ranked retail group by turnover in 2019, slumped to 23.6p this morning, from 39.3p immediately prior to Tuesday’s announcement, and 185p in December, 2015 – its highest level since the financial crash of 2008.

Tuesday’s announcement stated that Lookers had discovered the potentially fraudulent activity while in the final stages of preparing its results for the financial year ended December 31, 2019.

The statement said: “As a result the board has decided to postpone the announcement of its results until the second half of April.

“Whilst the initial findings are not material in the context of the group, the board is appointing an external adviser to lead a full investigation into the matter.”

The issue is the latest blow to the Lookers operation and newly-appointed chief executive Mark Raban following the launch of an official investigation of the business by the Financial Conduct Authority (FCA), a development which prompted the departure of former chief executive, Andy Bruce, and chief operating officer, Nigel McMinn.

The group vowed to invest £10 million over next two years in a bid to deliver a “gold-plated” sales process ahead of the launch of an official investigation of the business by the Financial Conduct Authority (FCA) last year.

The FCA is currently investigating the regulated sales activities at Lookers, which raised concerns with the regulator after identifying “some control issues” via an independent review of its practices in December 2018.