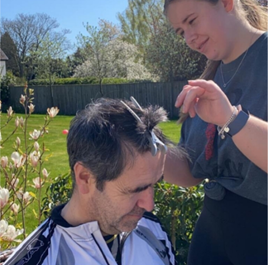 Vertu Motors employees across the UK have achieved their fundraising target of £20,000 by donating the cost of their haircuts to NHS charities.

The campaign, dubbed ‘Haircuts for Heroes’, saw the top AM100 car retail group match fund the £10,00 raised by colleagues to make a valuable contribution to support the work of the NHS Charities Together.

As part of the #HaircutsforHeroes campaign, colleagues donated the money they would normally pay for a cut and blow-dry, shampoo and set, colour or even a beard trim and nominated three people to take on the challenge.

Robert Forrester, chief executive at Vertu Motors, said: “I have been very impressed with the hairdressing efforts of some colleagues, while perhaps others are better off waiting for the professionals to reopen.

“What is not in doubt is that generous colleagues and their families and friends have embraced the campaign, had a lot of fun and supported a very worthwhile cause. Further proof that the ethos of our group is alive and well, even in very challenging times.

“We agreed that the business would make its contribution to the fundraising through match funding and I am delighted that the target of £20,000 has been reached.”

Andrew Dent took to Twitter to share his before and after DIY haircut for #HaircutsforHeroes. He said: "Today I was the victim of a DIY haircut administered by my wife, I've never heard so many 'oops' and giggles from my barber before.

"After several hours, I no longer look like a hobo! I've donated to #HaircutsforHeroes supported by @vertumotors in aid of NHS charities." 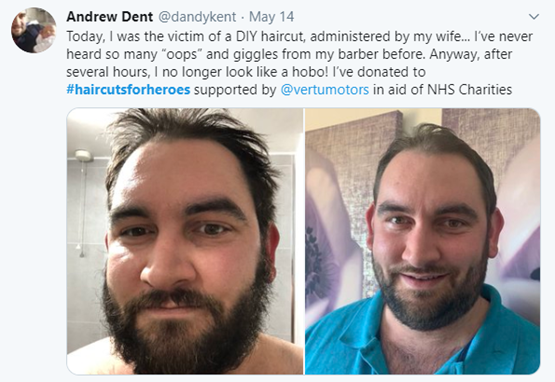 Simon Lewis also gave himself a new hairdo in aid of the fundraiser, he said: "It's #HaircutsforHeroes time! @vertumotors. NHS staff and volunteers are doing amazing work right now in caring for COVID-19 patients.

"Together, let's show our respect and gratitude, so I've had a DIY hairdo and made my donation!" 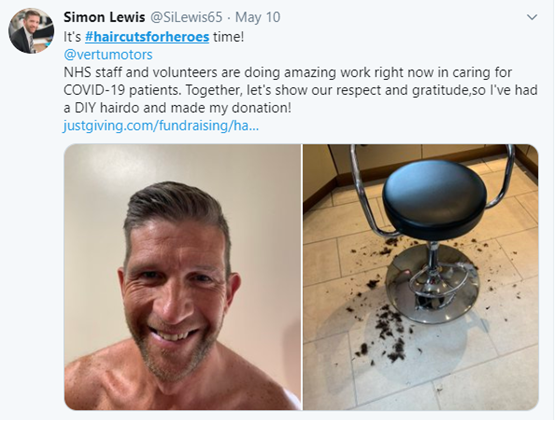 John Manson-Kullin ‘braved the shave’ and shared his experience on social media. He wrote: "It's #HaircutsforHeroes challenge time! @vertumotors @JLRWorld @FarnellJaguar @FarnellLRover NHS staff are amazing, let’s look after them, hairdressers are closed so I've given myself a DIY hairdo and a donation! I nominate, David Goatley Rory O’Keeffe & @king_scoobs to do the same." 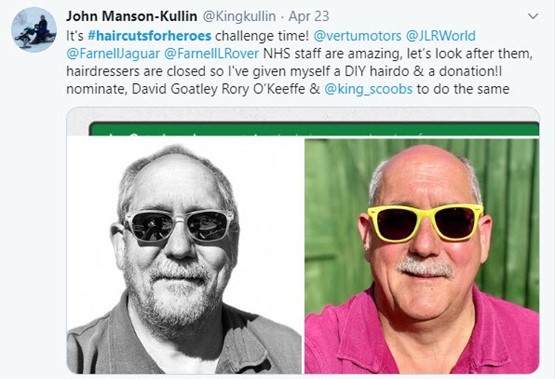 BCA team set to cover 1,948 miles to fundraise for the NHS

BCA team set to cover 1,948 miles to fundraise for the NHS