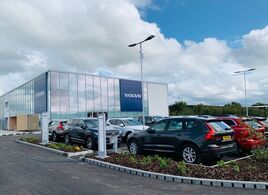 Growing motor retail group Waylands Automotive opened the doors of its fifth Volvo dealership to customers in Bristol on Monday.

The dealer group, headed by John O'Hanlon, was granted the franchise for Bristol earlier this year and with the help of construction firm MCS Group has transformed a brownfield site formerly used by aviation giant Rolls-Royce.

The project was completed on schedule.

Developed in the Volvo Retail Experience (VRE) showroom style, the 17,000 sq ft flagship Volvo dealership for Bristol has showroom space for eight cars plus a forecourt able to stock more than 70 Volvo Selekt approved used cars, a relaxing lounge for customers and a service and MOT workshop. 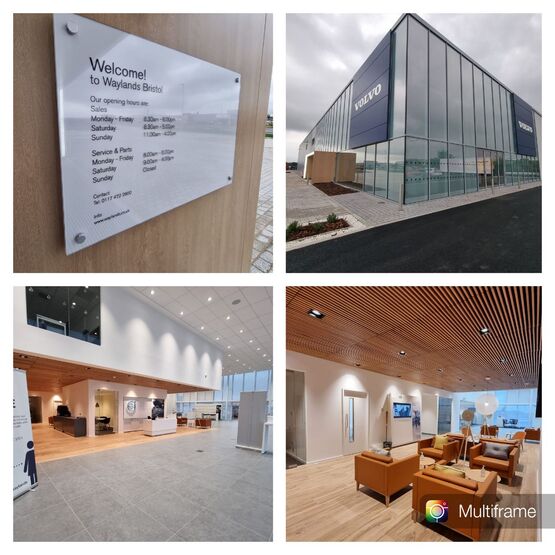 Headed by general manager Jarred Taylor, Waylands Volvo Bristol fronts onto the A38 arterial road into Bristol, and one near motor trade neighbour is Sytner's CarShop used car supermarket.

Taylor wrote on LinkedIn: "Only a day in and it feels like a real family already. Massive thank you to everyone on the team for getting stuck in today.

"The team was outstanding considering it was the first time everyone has actually worked together, and boy did we work."

O'Hanlon previously told AM: "“We are excited about this opportunity. It fits perfectly with our other Volvo representation and cements further our already strong relationship with the brand."

Waylands' other Volvo dealerships at Oxford, Swindon, Reading and Newbury are along the 'M4 corridor' to Bristol.

The Volvo franchise in Bristol was previously held by City Motors, part of Carco Group which still represents Renault, Dacia, Citroen and Peugeot.

In February Waylands acquired its first non-Volvo business, taking over a Kia dealership in Reading from Pendragon.

Meanwhile Volvo Cars revealed today it will pause production at its Gothenberg car assembly plant for the week of August 30 to September 3 due to the industry's continued microchip supply issues.

It had already done a similar pause earlier in August.