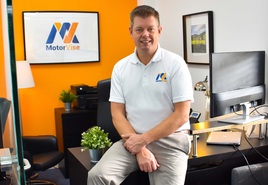 Dealers that seek to recruit salespeople with the "right customer-focused skills" can expect to improve the gender balance within their business, according to Motorvise founder Fraser Brown.

Brown says the modern motor trade is adopting a customer-focused approach and has moved away from the days of “testosterone-filled showrooms” where female customers and anyone who wasn’t a ‘petrol head’ could be left feeling uncomfortable and unwelcome.

During his time working at multi-franchise dealer groups, Brown increased the ratio of female salespeople by designing and holding bespoke recruitment days.

He said: “The wording of the adverts changed, and they were less about must-hit targets and performance. Instead, the emphasis was on promoting the role of a salesperson as host, with the aim of making the client feel valued.

“As a result, we recruited more people with the right customer-focused skills, a large proportion of which were women.”

Brown also changed the recruitment process by moving away from short, pressurised interviews to longer periods of assessment. He claimed this would "allow female applicants to feel more at ease and grow in confidence".

While the gender ratio continues to move in the right direction, one 2020 study found 28% of automotive sales are held by women, compared to 39% of roles across dealerships as a whole.

A 2021 Carshop study found that women feel ‘apprehensive’ about the used car buying experience and do not ‘feel comfortable’ shopping for a used car alone.

A survey of more than 1,500 members of the public run by Sytner Group's used car supermarket division found that, when asked about their preferred way of buying a car, 24% of male respondents said they would usually go in-store by themselves – and only 11% of women said the same.

The survey revealed that women are six times more likely to shop in-store with another person, than to shop alone.

Brown said: “It’s important to have a diverse and balanced workforce which allows dealerships to create a better experience for all its clients.

“Dealerships need salespeople with listening skills who provide clients with solutions, rather than leaving them feeling intimidated, ignored, or pressurised. If clients leave feeling valued, having had a good experience, they are much more likely to return or make a purchase.”

Nominations are open for the Cox Automotive’s Barbara Cox Woman of the Year award for 2022, run in partnership with Bauer Media’s B2B titles AM, Fleet News and Smart Transport.

The prestigious award, now in its fourth year, honours inspirational women within the UK automotive industry who demonstrate a commitment to innovation and leadership.

Nominations, including self-nominated, for the Award are invited from across the automotive industry and should be entered via http://womenwithdrive.co.uk/barbara-cox-award/nominate-here by January 21, 2022. The winner will be announced on March 8, 2022 on International Women’s Day. 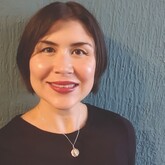