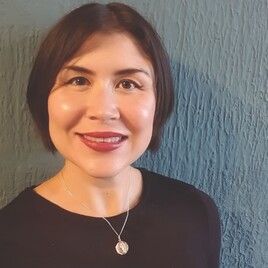 The 2021 Inspiring Automotive Women have been revealed following nominations to the Automotive 30% Club and review by a panel of judges.

Thirty females working in the motor industry at a variety of levels received the accolade this year for their passion for business, leadership and gender diversity and inclusion in the sector.

Five of the inspiring women also received a headline award:

Julia Muir (pictured), founder of the Automotive 30% Club, said: "Today we recognise all of you brilliant women who have not only made a great contribution to the success of your business in your day job, you have also been fabulous role models to colleagues, overcoming challenges and adversity, and lifting and motivating others as you have risen in your careers."

Muir, who will lead a panel debate at the Automotive Management Live industry event on November 11 at Birmingham NEC, added that since the initiative had begun the Automotive 30% Club's membership has grown to more than 50 business leaders and its campaign to achieve a better gender balance has gained real momentum.

"We now have many more women in CEO and top management roles, as well as a steady increase in female representation in management at all levels in the sector," she said.

"Women and men are working together to create inclusive cultures and to remove the barriers that have historically prevented women from acccessing opportunities or progressing in the automotive industry."

This year's judges for the Inspiring Automotive Women awards were Dorcas Ariyo-Francis of Women In Transport, Justin Benson of Vendigital, Roz Bird of MEPC Silverstone Park, Anita Fox of Facebook, AM's editor Tim Rose, Sue Robinson of the RMI and NFDA, Sarah Noble of Deloitte and Women At The Wheel, and professor Jim Saker of Loughborough University and the IMI.