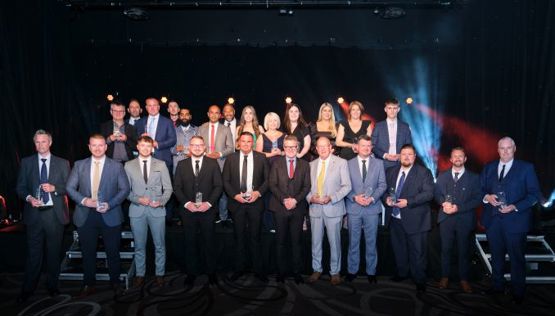 Vertu Motors has welcomed 26 new members into its Masters Club, which is a Group-wide recognition programme that identifies and celebrates the achievements of high-performing colleagues.

Winners were selected from nominations made by their colleagues and managers with a focus on professionalism, commitment, respect, passion and integrity as well as performance-based league tables.

Robert Forrester, chief executive of Vertu Motors, said: "Recognition is one of our Group’s core values and those we have inducted into our Masters Club are an inspiration to their colleagues.

"They have demonstrated best practice, exceptional levels of service and noteworthy attention to detail that all contribute to ensuring our customers have an outstanding experience when doing business with us.

"The Masters Club also acknowledges that it is not just customer-facing colleagues, but also those who work behind the scenes, that have an important part to play at Vertu Motors plc.

Comedian Jed Stone helped present the awards along with Barnes. The awards ceremony had a wizardry theme, which included a live owl experience and some magical entertainment.

The group completed a £2 million share buy back transaction, in May, to boost its employee benefit trust” as Forrester increased his own shareholding in the car retail PLC.

It followed a 41.9% rise in turnover and 228% rise in adjusted pre-tax profits in a record-breaking set of 2021/22 annual financial results.

Those welcomed to the Vertu Motors plc Masters Club for 2021-2022 comprised: