Vehicle sales volumes ahead of market trends, with new car volumes up 7.4% as used car volumes declined 13.2% on a like-for-like basis.

“Undoubtedly aided by well-publicised sector tailwinds, the group executed well, gained share, strengthened its foundations, positioned itself for the transition to EV and displayed fundamental growth, all aided by its investment in the Click2Drive technology platform.

“The outlook will depend on the available supply of new vehicles and continuing consumer confidence.”

Vertu’s reported period brought about the acquisition of Hepworth Honda, Huddersfield, Farmer & Carlisle dealerships in Leicester and Loughborough and the addition of Arnold Clark’s former Toyota territory in the West of Scotland.

Forrester said: “The Group’s excellent financial position provides the resilience to overcome any economic slowdown and resources to continue to grow.”

During the reported period Vertu moved to bolster its brand profile and digital retail capabilities.

Forrester has yet to be convinced of the case for purely online retail, however, insisting that most customers will still want to visit one of its 160 retail locations for advice or a test drive. 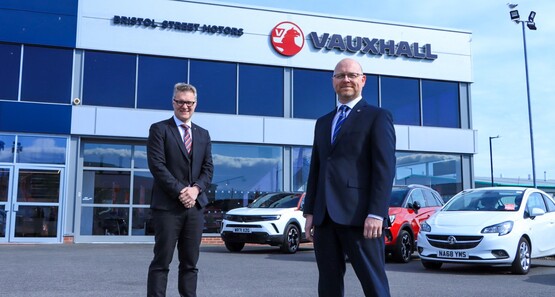 Vertu appointed Bruce Clark as chief technology officer and former Auto Trader franchise brand director Chris Penny as its new group strategic projects director during its reported period as it moved to bolster its online offering and is now on the hunt for a new head of head and a head of data.

As well as employing new AI processes, it migrated its online functionality to the Amazon cloud to speed-up customers’ online experience.

“They are the people that have bought end-to-end online with no intervention from us and that number has doubled year-on-year to get to that point,” he said.

Vertu sold 4,300 cars where a £99 deposit was left to secure the vehicle online, but Forrester said that “most came in for a test drive before they took the car from us”.

Vertu has continued to execute multi-franchising actions in its locations to maximise the long-term profitability. Among the key integrations were:

Looking towards the year ahead, Vertu said its ‘Current Business Priorities’ were: cost management; maximisation of conversion of enquiries to revenues; and customer experience to drive retention.

Its group outlook statement said: “The board believes that the Group is strategically very well placed to capitalise on the challenges and opportunities in the UK automotive retail sector and remains confident in the prospects for the group.