Vertu Motors has said that it remains focused on the delivery of operational excellence around cost, conversion and customer experience as car retail’s headwinds deliver uncertain H2 outlook.

In a trading statement issued via the London Stock Exchange this morning (June 22) the PLC behind Bristol Street Motors and Macklin Motors reflected on supply shortages that have delivered high margins on vehicle sales so far in 2022.

But, while new car supplies are expected to improve in H2, Vertu said it had seen a “significant” decline in like-for-like used car volumes in May and conceded: “The market outlook remains unclear.”

AGM Trading Update, which follows a detailed update on trading in March and April in the PLC’s year-end results announcement of May 11, said: “The market outlook remains unclear due to uncertainty of consumer demand and vehicle supply although new vehicle supply is anticipated to improve gradually in the months ahead.

“The group has had a strong start to the financial year but it is premature at this stage to indicate any changes to market expectations of the full year trading profits.

“Management remains focused on the delivery of operational excellence around cost, conversion and customer experience. In addition, the group continues to evaluate and execute acquisition opportunities as it seeks to deliver its core strategic objective of growth.”

Vetu’s statement said that the constrained supply of new vehicles had meant that margins in both the new retail and fleet channels had remained strong.

It added: “The group has also seen supply constraints continue in used cars. This has had two effects. Firstly, combined with the comparative period reflecting post lockdown pent-up demand, it has resulted in the group seeing an expected significant decline in like-for-like used car volumes in May compared to the previous year. Secondly, the group has been able to maintain strong retention of gross profit on used cars, with per unit profit in May at above prior year levels, as used car prices stabilised.”

Vertu said that its high-margin aftersales departments had benefited from additional working days in May, which drove revenues above prior levels, adding that it continues to make progress in its parts departments and accident repair centres.

Back in May, Vertu reported that it had successfully leveraged car retail’s “sector tailwinds” to deliver a 41.9% rise in turnover and 228% rise in adjusted pre-tax profits in a record-breaking set of 2021 annual financial results. 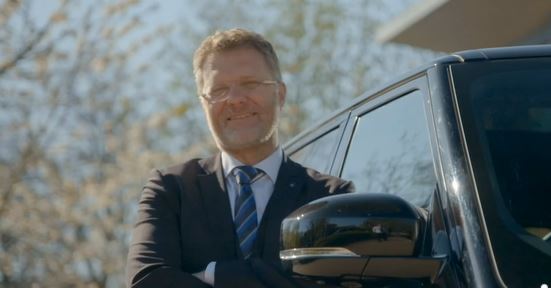 Days later it announced that it had completed a £2m share buyback transaction to boost its employee benefit trust as chief executive Robert Forrester increased his own shareholding.

On June 7, a further £3m share buyback programme was announced which will run to the end of 2023 at the latest.

Commenting on today’s trading update, markets analyst Zeus Capital said Vertu’s stock should be on the rise, despite the current market uncertainty.