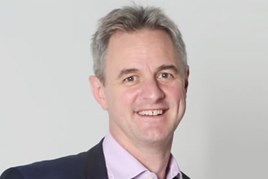 Exchange and Mart has launched a bid to use the regional reach of its publisher, Newsquest, to achieve an audience twice the size of rival Auto Trader.

Jim Murray-Jones, general manager of Exchange and Mart, sees the fragmentation of the market as a crucial way for dealers to consider broader options to find ways to stand out in the new channels.

Murray-Jones said: “The classified market has come under fire from dealers, with some sites forcing dealers to commit additional spend to leapfrog rivals and compete for the same postcode searches.

"As a result, there are signs of dealers moving away from these sites, aggrieved that despite a large advertising spend, they’re still being supplanted in the listings by competitors.”

He believes the increased competition in the classifieds market is causing dealers to look elsewhere and spread their marketing budget across a broader range of less expensive sources.

“In this new landscape, dealers need to make their marketing decisions based on strong business intelligence and investment return on advertising spend, as well as having a very clear picture on the cost of their leads” he said.

“However, not all new entrants are a welcome disruption, as some pit dealers against each other. The idea of driving competition between dealers may be appealing to consumers, but the fact is it forces dealers to compete on unfavourable terms. Dealers in expensive parts of the country are often undermined by dealers based in areas where overheads are lower.”

Exchange and Mart has realised an opportunity to offer a model that enables dealers to compete on a local and regional basis on a value-driven pricing model that helps them achieve a strong margin.

Murray-Jones said: “If we can leverage even a fraction of that audience, Exchange and Mart can access an audience more than twice the size of Auto Trader. In addition, we can also tap a highly competitive and diverse regional footprint that spans newspaper web sites, email databases, social media properties and print.

“As we continue to build our understanding of user journeys across these titles and different channels to market, we can offer dealers significant and varied opportunities to stand-out and ‘own their local patch’, as well as compete regionally or nationally.

By cultivating a landscape that encourages the right kind of competition, both dealers and consumers, will benefit from local level, highly targeted offers across used, new and pre-reg vehicles.”