AM Awards 2017: Best use of social media - Marshall Motor Group 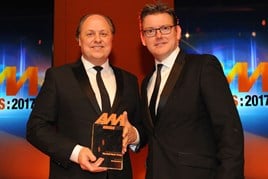 Marshall Motor Holdings’ impressive reach on social media has been born out of a culture that shies away from using the online channels as sales tools, despite selling its first car via Twitter in 2010.

Instead, it employs a philosophy of prioritising ‘the four Es’ – education, engagement, entertainment and empowerment – to ensure its target audience gains knowledge, a sense of acknowledgement and, where possible, an active role in its activities.

Social media has become a central component of Marshall’s culture. Staff pass through a ‘socialnomics’ induction programme when they join the business, and are presented with a social media policy document.

From the launch of its social media channel in May 2009, the group’s online activity has been driven from inside the company, with no agency input. Marshall claims it has spent less than £1,000 on content so far.

Employees are encouraged to suggest content celebrating the culture of the brand they represent, using the #marshallmoments hashtag to share positive stories.

Marshall has 27 Facebook pages and 24 separate Twitter accounts and believes it has the largest social coverage of any dealer group in the AM100.

The group said its objective was to “showcase our company, our products, our services (and people), our credibility and likeability, encouraging interactions and building a community of people who will be exposed and influenced on a regular basis”.

Currently, it responds to 90.69% of all social media message within 54 minutes.