Credit card service charges for dealers could be slashed 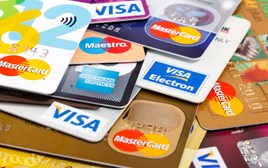 The Interchange Fee Regulation (IFR) has led the the UK’s Treasury department to set caps at 0.2% of the value of a transaction for debit cards, and 0.3% for credit cards. These apply to the fees paid by the bank of a merchant, such as a dealer, to the bank of the card user.

Traditionally the merchant’s bank passes the cost of these fees on to the merchant as part of the ‘merchant service charge’.

The PSR said that before the IFR was introduced, the average interchange fee charged by UK card schemes such as  MasterCard and Visa was around 0.8% for credit card transactions. Some premium cards were charged at an even higher rate.

The new cap means that the average credit card interchange fee will fall by around 70%, it said. For each transaction where a customer is paying a £3,000 deposit by credit card it could save the dealership £15 in fees.

“We know that businesses are keen to see the fee caps reflected in their merchant service charges. Our guidance clarifies the IFR for the UK card payments industry and we would expect to see the benefits passed on to merchants in the fees that they pay.

"However, if merchants remain unhappy they should contact their acquirer and consider shopping around to get a better rate,” said Hannah Nixon, managing director of the PSR.

“The intention of the IFR, as well as providing savings to consumers by reducing interchange fees, is to boost transparency and remove barriers so others can enter the market and compete. We will be watching with interest to see how the industry adapts to the regulation.”