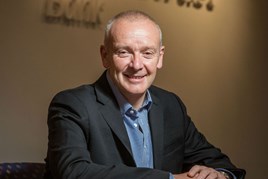 Motor finance provider Moneyway accepted 45% more of its proposals during 2015 than it did in the previous year, according to the business’ latest statistics.

Figures from 2015 show that the Solihull-based business also saw a 58% increase in the number of proposals it received in 2014, and more than double the 2013 figure, demonstrating a period of consistent growth for the motor finance provider.

This follows its financial results announced in March, which showed a lending balances increase of 20% from £137.9m to £165.7m.

“Customers have seen the benefits offered by the flexible terms, providing dealers with a strong source of revenue.”

Moneyway’s increase in proposals and acceptances has been driven by important enhancements made last year including an increase in Loan to Value of up to 120%, accepting engine sizes of up to four litres and increasing maximum advances up to £25,000.

The launch of its prime product in November has also enabled Moneyway to tap into a previously unexplored market as it looks to lend across the widest part of the risk curve. This has caused the firm’s acceptance rate to rise to almost 30% on all proposals received, up from 22% in 2013.

Simpson added: “The results we saw in 2015 show the significance of our wide lending parameters, and we will continue to extend these as we look to provide a tailored product for every customer.

“The launch of our prime product has enabled us to capture a broader market share, leading to a rise in both applications and acceptances.”