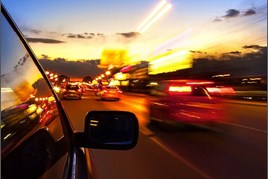 Dealers’ satisfaction with their carmaker partners has suffered a drop since the winter, according to data published by the National Franchised Dealers Association in its twice-yearly Dealer Attitude Survey.

But the results bring good news for Kia, which has topped the survey for the first time, ending the long reign of Mercedes-Benz. The same cannot be said for Nissan, which came bottom.

“The overall relationship between franchised car dealers and manufacturers recorded an average score of 5.6 in the Summer 2017 Dealer Attitude Survey, which is -0.5 points down from the last survey and -0.6 lower than the same time last year”, said Sue Robinson, director of the NFDA.

Robinson said that despite the substantial decline in the average score of the manufacturer rating question, more than 60% of the dealer networks surveyed returned a score above the neutral point of 5.0.

“In a period of uncertainty where a coordinated and combined approach is needed to deal with a number of important issues currently facing the industry, it is vital that manufacturers and dealers continue to work together to safeguard the interests of the automotive sector.”

Below, we present the podium positions per market and the bottom of the pile.

The top two are now consistently well regarded by franchisees, across profitability, dealer standards and communication with the brand. Audi is climbing back after suffering some negativity in previous surveys surrounding low profitability, over-ambitious new car volume targets and dealers’ struggle to get their voice heard, but the new results suggest these and other issues are improving. Progress still needs to be made on the new car targeting process, however, as dealers rate it middle of the road.

It’s often been said that Jaguar is the bitter pill many dealers have to swallow, washed down with a Land Rover business. It certainly lags well behind (2.5 points) its 4x4 specialist sibling’s overall rating, although it is slowly improving. Current profit return from Jaguar is dissatisfactory, as is the level of capital expenditure required, but franchisees are more optimistic about its earnings potential coming through and don’t regard its volume aspirations as impossible.

Nor are Volvo’s franchisees unhappy with its volume aspirations and profitability, although they feel the new car targeting process could be improved. Satisfaction with new car margins, bonuses and capital investment has taken a knock, however.

BMW’s overall score also puts it in the ‘neither satisfied nor dissatisfied’ bracket. However, the brand should feel concerned that it has lost 78.7 points across all questions, a fall only exceeded by Subaru and Peugeot. BMW dealers are unhappy about skinny margins and current and future profitability – our analysis of the AM100 has identified several franchisees achieving less than 1% return on sales. Yet they are not unhappy about the capital investment the franchise demands, despite being in a CI programme update, and rate the franchise standards and performance measures as OK.

Suzuki has long had a happy dealer network, and that has continued. With its strong retail bias, it has maintained good network profitability and franchisees don’t expect that to deteriorate soon. Dealers are satisfied with communications and day-to-day management.

A similar story emerges from Mazda’s results. Franchisees are happy with profitability, margins, new car targets and its day-to-day management. Satisfaction with its incentives has declined slightly, however it remains on the good side of neutral.

Seat dealers are enjoying the SUV effect. What was a marginal franchise with lots of pre-reg in recent years appears to be strengthening, with dealers pretty happy with expected profits. Although not delighted by the targeting process and volume ambitions, they remain positive.

Jeep made hay after launching the cut-priced Renegade SUV, with registrations soaring past 14,000 units in 2016. However, volumes are down 52% year-on-year, mirrored by dealer sentiment. Franchisees, already dissatisfied with current and expected profitability are also upset about Jeep’s volume target aspirations and bonus scheme.

It’s a similar picture for Alfa Romeo. Its dealers, having prepared for higher volume, are not confident in their return on capital invested, nor current or future profitability. Target-setting and bonuses need improvement, and dealers feel management is not listening to their views.

Subaru dealers, in contrast, do feel listened to, and believe franchise standards and capital investment demands are fair. However, they are negative about profitability and feel new car margins and bonuses are inadequate.

Kia has gained a reputation for having a strong, respected management team and for being a franchise that delivers and is only as demanding as it needs to be. These results reiterate this, putting Kia at the top of the market. Franchisees rate profitability, return on capital, the working relationship and dealer standards especially highly.

Paul Philpott, president and CEO, said he was immensely proud at taking the top spot: “We have been close to Mercedes-Benz for some time and to overtake them is a clear statement that our strategy of building a sustainable, profitable partnership with our dealers is the right one.

“Avoiding short-term actions that undermine a dealer’s ability to make a realistic profit and seeking to work together in a way that delivers sustainable growth is clearly the right way forward.”

Toyota’s profitability rating has gone from neutral to positive, day-to-day management and communication have improved, while its dealers show more faith in its new car volume ambitions and targeting process.

Although Ford dealers show falling satisfaction with current profitability, and aren’t convinced its volume target is realistic, they are fairly happy with franchise standards and its day-to-day management.

Franchisees are dissatisfied with Nissan. They feel management is not listening, that targets and inducements to pre-register are unreasonable, and profitability is poor. Problem areas include dealer standards.

Alex Smith, managing director, Nissan Motor GB, said: “This is a disappointing result. However, we are aware of the issues and continue to work with our dealer partners to address them.”

Nissan’s slide lifted Citroën off the floor, even though its rating has declined further since winter. Franchisees are particularly unhappy about poor profitability, capital investments, performance measures, bonus structure and day-to-day working relationship.

Vauxhall’s decline from a 6.0 overall rating in the winter is due to particular dissatisfaction with new car targets and bonuses, forced registrations and poor profitability.