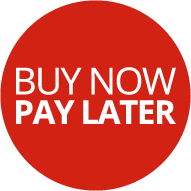 BNPL offers tend to provide a promotional period during which consumers do not have to make payments and are not charged interest. But if the consumer does not pay off the entire amount before that promotional period ends, interest is usually charged from the date of the agreement on the full amount, even when a consumer has repaid part of the amount in the period, said the FCA.

The FCA’s new rules will be in force by November 12, and affect a range of sectors which offer BNPL, including store cards and retailers’ point of sale finance.

“The measures are designed to reduce the harm experienced by some consumers who buy products using BNPL credit offers,” said the FCA.

Christopher Woolard, the FCA’s executive director of strategy and competition, said the changes are intended to simplify these products and make it easier for consumers to make informed decisions.

"We expect the overall package of measures will save consumers around £40-60 million a year and tackle the harm we identified in this market.

"As we have shown, we will intervene where we see harms and we remain vigilant in this and other sectors."

The FCA said its desired outcome is that more consumers repay in full during the promotional period and others repay more of their debt during the period, so that they incur less interest and repay their debt more quickly.

"The combination of the product being simpler (because interest charging will be simpler) and clearer information for consumers should help consumers make more informed decisions and use the product better," it added.