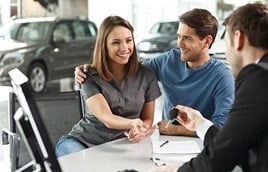 The value of fines imposed by the Financial Conduct Authority increased threefold in 2018/19 compared to the prior year.

The FCA has published its annual report showing that financial penalties rocketed from £69.9 million to £227.3m year-on-year. The actual number of fines against firms rose from six to eight.

Of these, 101 relate to retail conduct, five to retail lending, 70 to culture and governance and 25 to mis-selling.

During the year the FCA evaluated the impact of its changes to the way that dealers can sell GAP insurance and found “our intervention had a positive impact on the market”, said the report.

“Consumers now engage more with the decision-making process, with shopping around more than doubling. For those consumers for whom the product was a suitable purchase, add-on prices are 2-3% lower than they would have been had we not intervened, albeit this impact is not as large as we had expected,” added the report.

The FCA said the intervention’s significant impact is in benefiting consumers who do not want GAP insurance as an add-on, as GAP add-on sales have dropped by 16-23%.

However its review of general insurance earlier this year showed it remains concerned about the value of GAP insurance and SMART repair insurance (described by the FCA as ‘scratch and dent’)  for consumers and high, or potentially excessive, levels of earnings for dealers.

£45.5m FCA fine for Bank of Scotland's failing to disclose to finance regulator

£45.5m FCA fine for Bank of Scotland's failing to disclose to finance regulator