The Finance and Leasing Association (FLA) has reported that new business in the point of sale (POS) consumer car finance sector rose 5% by volume during July.

The latest market data published by the FLA showed that the volume of vehicles funded during the month had risen 5% year-on-year to 204,160 as the value of transactions rose by 6% to £3.07bn during the period. 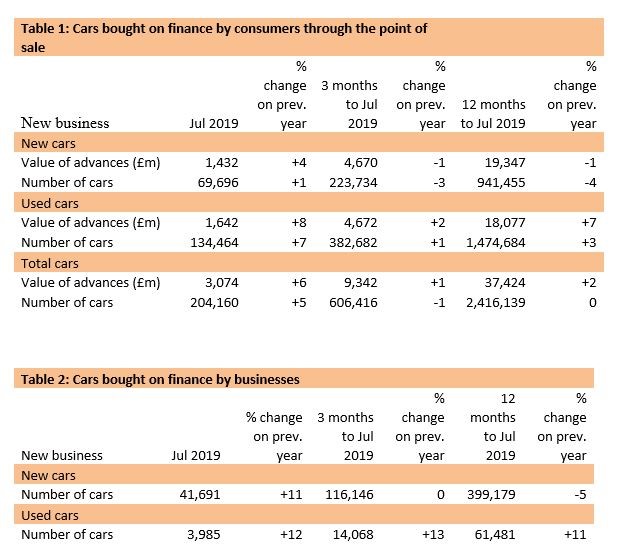 Geraldine Kilkelly, Head of Research and Chief Economist at the FLA, said: “In July, the point of sale consumer car finance market reported growth for the first time since February 2019.

“New business volumes in the first seven months of 2019 held steady compared with the same period in 2018.

“The consumer used car finance market was the main driver of headline growth in July as new business volumes increased at their strongest rate since October 2018.”

POS consumer new car finance market reported new business in July up 1% by volume and 4% by value, compared with the same month in 2018, with 91.2% of private new car sales financed by FLA members during in the twelve months to July.

The POS consumer used car finance market reported new business in July up 7% by volume and 8% by value, compared with the same month in 2018.