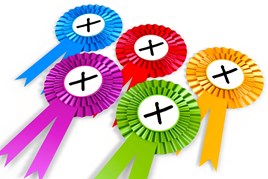 When 2017 dawned, it came with a set of headwinds – involving Brexit and fears for the future of diesel vehicles – that many car dealers were hopeful of weathering.

As the SMMT forecast a 5% decline in new car sales that would end five years of growth (now revised to a 2.6% fall), few could have predicted that Prime Minister Theresa May would go back on her post-EU referendum pledge that “there should be no general election until 2020” due to the need for a “period of stability”.

After a record March – albeit fuelled in part by changes to VED road tax legislation – followed by the worst year-on-year April decline (19.8%) since the financial crash of 2008, we now find ourselves just weeks away from the June 8 general election.

While the Lib Dems plan to ban diesel-powered car and small van sales by 2025, neither Labour nor the Conservatives have produced manifesto plans for a diesel scrappage scheme.

Labour has vowed to bring the rail network back into public ownership, “position the UK at the forefront of the development, manufacture and use of ultra-low emission vehicles” and make improvements to the UK road network.

But Jeremy Corbyn’s party is unlikely to curry favour with business leaders, meanwhile, with plans to increase income tax for those earning over £80,000 to 45p and £123,000 to 50p.

Tim Farron’s Liberal Democrats share Labour’s plan to scrap proposed cuts in corporation tax and plan to push up the rate of tax for those earning £150,000 to 46p while introducing a new “genuine Living Wage”.

Both the Lib Dems and the Conservatives also promise a review of the business rates system to take account of increased online sales.

Cambria chief executive Mark Lavery agreed with May’s assertion that a snap election was needed to “guarantee certainty and stability”.

Lavery said the Prime Minister needed: “A mandate that will allow the government to bring about Brexit and the related changes to legislation that need to happen.”

As AM went to press, the Conservatives were 16ppts ahead of Labour, with 47% of the projected vote, according to the Financial Times’ poll of polls, although Labour had rallied from a low of 24% recorded ahead of the leak of the party’s manifesto.

Lavery said he considered policy matters “out of his hands” and would not comment further, but Marshall Motor Holdings chief executive Daksh Gupta was keen to emphasise areas where he hoped political parties would focus their attentions.

Speaking ahead of the publication of the Lib Dem diesel pledge, Gupta said he saw efforts to reduce “media scaremongering” about diesel emissions as a priority, along with the implementation of a diesel scrappage scheme that would drive incremental sales back into dealerships and prove a “win-win” from an emissions and VAT point-of-view.

While he was supportive of the current government’s stance on corporation tax – the rate is due to fall to 19% in 2018/19 and 17% in 2020 – Gupta said he would like to see business rates and the apprenticeship levy re-assessed.

Gupta said: “If you invest in a premium franchise anywhere in the country you have to meet the same CI standards, but the cost of land and employment in certain areas are extremely prohibitive. The government needs to look closely at business rates and see if it’s fair how they’re applied.”

Gupta said he wanted to see a reappraisal of the apprenticeship levy, meanwhile, which he said had been “poorly communicated”.

“It feels like a stealth tax. They could do a much better job.”

The National Franchised Dealers Association emphasised the need for a strong free-trade agreement with the EU.

NFDA director Sue Robinson said she hoped to see parties support the sector through: open trade with the EU; the continued availability of affordable and accessible finance; a focused national retail strategy; a fair and transparent fuel policy; and an upgraded road network.

“inappropriate lending”, Robinson said: “The government must not introduce policies that could prevent consumers or businesses from borrowing to purchase cars or make capital investments.”

Robinson said the next government needed to re-evaluate and develop a retail strategy, which has been “unchanged since its publication in 2013”. She added that parties should commit to “continued financial support to those who want to purchase electric vehicles”.

Some suppliers approached by AM were unwilling to comment on political matters ahead of the election, but GForces’ group strategy director, Tim Smith, said: “We need to provide reassurances of stability, and show that our economy is grounded, and adequately structured to reward investment.

A “re-strengthening the pound” also needs to be at the top of the political agenda, according to Smith, after the fall in the value of the pound – not falls in demand and efficiency, as officially stated – was rumoured to be behind Ford’s plan to cut more than 1,100 jobs from its engine plant in Bridgend by 2021.

Nathan Tomlinson, dealer principal at Devonshire Motors, wanted to see parties seek “a better format for consultation with the industry” to help ensure “policies are clear and effective over a longer period”.

Vertu Motors chief executive Robert Forrester was pragmatic: “My personal view is the less governments do, the better. The more they get involved, the worse things get.

“We have just had 10 years of CO2-related tax and legislation – albeit much from the EU – and have pushed manufacturers into pushing diesel vehicles. Now the law of unintended consequences has come to bear, as it always does with political intervention.”

However, Forrester did concede that he was “quite pro- a diesel scrappage scheme”.

Diesel scrappage scheme still up in the air

A clean air plan, which could include an £8,000 grant incentive for 15,000 motorists to swap the UK’s worst-emitting cars for EVs, will not be decided until around July 31.

Efforts by the Department for Environment, Food and Rural Affairs (Defra) to postpone publication of the Government’s draft clean air plan until after the general election on June 8 – citing ‘purdah’ rules limiting announcements during the election period – failed when the High Court ruled it was essential to publish the plan immediately.

The Government published its draft plans on March 5 and hopes of a diesel scrappage scheme now hinge on the results of consultation period ending on June 31.

The government’s final plan – likely to include the creation of clean air zones within which local authorities could charge a “toxin tax” to the worst emitting vehicles – is due to be published by July 31.

Details of the “targeted” car scrappage scheme were featured in technical documents supporting the main consultation paper, however, leading some to suggest it may not make the final plan.

While the timing of the clean air plan’s publication means it is unlikely to affect votes on June 8, the Liberal Democrats have pinned their colours to the mast with a pledge to ban diesel-powered cars and small vans by 2025 if they gain power.

The pledge is likely to prove unpopular with retailers and manufacturers.

Cap HPI has reported that 45% of retailers were reviewing their stock profiles as a result of anti-diesel sentiment and consumer-to-dealer trading platform Wizzle saw diesel selling times double between August 2016 and April of this year.

Karen Hilton, Carwow’s head of sales operations, told the AM DigiTech conference that its diesel orders had fallen from 50% in October to 33% in April.

She said: “Who can blame (consumers) when we read headlines such as ‘Four major cities to ban diesel vehicles by 2025’; ‘Will the diesel car you are driving be worthless in five years’ time?’; or  ‘Diesel cars: It turns out we were wrong’?”