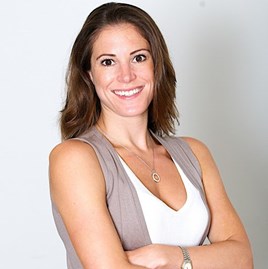 If manufacturers or the government echo the 2009 scrappage scheme to get diesel cars off the road, the 2040 ban on new diesel sales could be a boon for the UK car industry and for investment.

Nitrogen dioxide levels caused by road travel have been named the UK’s “most immediate air quality challenge”. That’s triggered the draft UK Air Quality Plan, which sets to ban the sale of all new non-hybrid diesel and petrol cars by 2040, meaning consumers can only buy hybrid or electric if they want a new vehicle after the cut-off.

This 23-year period might seem like an appropriate amount of time for Britain to react to the undeniable problem of air quality and pollution levels in the UK, and for road users to adapt appropriately. But it’s a far more complex issue than many appreciate, and there could be problems afoot.

How will dealers be affected?

With such a surge towards electric and hybrid technology, the impact on dealers could come much quicker than 2040.

The average new car has an expected lifespan of 10 to 15 years, which means many buyers looking for a new car expect to be able to sell it on, usually via dealerships who take a percentage of the profits.

The ban on petrol and diesel cars means the value of these vehicles is set to drop, which will have a substantial impact on the used car market.

As for the new car market, buyers will probably be reluctant to purchase a diesel or petrol model anywhere close to the deadline, as they will know that the sell-on value they could previously expect will drop dramatically.

Dealerships will likely need to invest in electric cars much earlier than the 2040 deadline.

However, dealers can expect large numbers of people through the doors if a scrappage scheme is widely rolled out.

It was also credited with helping keep the UK automotive industry afloat after the 2008 financial crisis. So there are positives to be found.

However, it could choke supply of new stock for used car dealers, and drop demand as people decide to cash in on the scheme instead of doing a used part exchange.

There are more niggling issues, too. The changes will have a huge impact on the population’s relationship with electric vehicles. Consumers have been aware of electric and hybrid cars for years, but the proportion of take-up in the market is still low.

Nextgreencar.com identified registrations of electric or hybrid cars hit more than 3,400 per month over the last 12 months, but this still only accounts for 2.2% of the UK’s total.

Infrastructure is arguably one of the biggest barriers to wider public acceptance of electric and hybrid vehicles. Street power points are rare, and recharging takes far longer than filling a car at a petrol station.

Choice is also a concern for consumers, as car manufacturers have been slow to release electric vehicles, though that is beginning to change.

Both the government and manufacturers will have to be reactive, and make it easier for consumers to purchase and use electric vehicles by expanding the infrastructure and offering more selection to suit consumers’ lifestyles.

As of 2016, according to the Society of Motor Manufacturers and Traders, the UK’s automotive industry as a whole turned over £71.6 billion, and exported vehicles to more than 100 countries. These exports account for around 12% of the UK’s overall exported goods, while more than 40% of cars on British roads are British made.

The automotive industry is essential to the UK’s economy, and Brexit is set to already have an impact on this major sector: of internationally exported vehicles, 57.5% were sent to countries based in the EU.

While we might not be able to predict what trade deals will be made between the British government and other EU nations, the overall cost may go up if we leave the single market.

With the future of the industry already clouded by uncertainty, introducing these new measures regarding petrol and diesel vehicles could destabilise one of the most important financial contributors to the country.

Currently, only a small percentage of mechanics are qualified to use the high-voltage equipment required for working on electric cars.

This means that the aftercare market (which currently supports 345,000 jobs and contributes £12.1 billion to the UK’s economy) will need to invest heavily and train quickly to obtain qualified mechanics who can cope with the influx of electric cars from 2040.

Much needs to be done to heal the UK’s environment, and vehicles have a part to play in this recovery.

But the dramatic shift in gear towards a greener future for the country could leave many – both in the public and in the industry – desperately attempting to future proof their financial decisions.