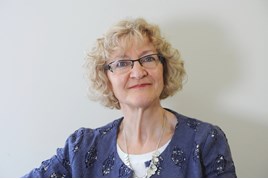 Ben, the motor industry charity, has revealed that financial worries are the main concern for automotive employees.

Its report reveals financial health is the main reason why 49% of people contacted Ben in 2016/17.

This is an 11% increase year-on-year (YOY), with low income reported as the biggest financial challenge.

The second biggest YOY increase at 78% is people asking for help with their mental health and wellbeing.

Ben will launch a new programme of mental health training for the automotive industry in response to these results.

During April 2016 to March 2017, the organisation has helped over 3,000 people working in the automotive industry with their financial, social, physical and mental health, which is 14% more than the previous year.

This is a 25.5% decrease in repeat cases YOY, which shows how the support offered by Ben has helped people to find long-term solutions for their problems.

Thanks to the continued support from both companies and individuals in the industry, Ben’s fundraising income increased by 10% on the previous year.

These additional funds will be used to further develop our support services for the industry.

Earlier this year, Ben was named as one of the five most popular payroll giving companies, along with big UK charities such as Cancer Research UK and NSPCC, receiving a total of £662,000 from over 13,000 individual donors.

The report highlights that Daksh Gupta, chief executive of Marshall Motor Holdings, raised over £150,000 after undertaking a skydive in the first ever Industry Leader Challenge last year.

Gupta handed the baton for the 2017 challenge to Jeremy Hicks, managing director of Jaguar Land Rover UK, who will be swimming the English Channel with a team of colleagues this August.

“The report also shows the real positive differences Ben has made to peoples’ lives. We have seen growth in two key areas across the business – the number of people we have supported and our fundraising income. We are very grateful to all of our supporters who have helped raise awareness and funds to enable us to continue to support the automotive industry and its people.

"Ben is an integral part of the UK automotive industry, supporting and equipping people with the tools they need to stay healthy for work and for life, as well as enabling businesses to help their most important asset - their people.

“I would like to finish by saying a heartfelt thank you to all our supporters for your involvement. You play a crucial role in enabling us to help thousands of people each year and make it possible for us to deliver a positive impact to the industry. We simply can’t do this without your support.”