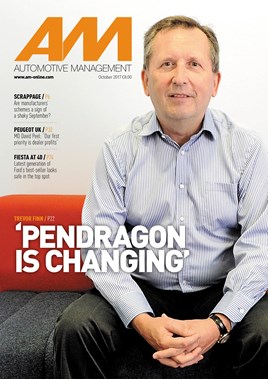 Remember all those media reports earlier this year that the Government was considering launching a new scrappage scheme as part of its attempt to clean up the UK’s air quality?

It lacked the will, it seems. So now the industry has done it itself, in a clever marketing campaign that should grab some consumers’ attention until the end of the year.

Except consumers whittling down their shortlist of brands may be left scratching their heads at the variety of discounts they will find, and which ones their ageing runabout will qualify for, and even whether the cancer-causing old smoker they will trade in will really end up on the scrapheap. For example, if they’re buying a BMW, Mini, Mercedes-Benz or a Nissan, it may not be scrapped.

To be fair to those brands, they don’t actually call their programmes scrappage. BMW and Mini’s is a “lower emissions allowance”, while Mercedes has a “diesel changeover bonus” and Nissan’s is branded “The Switch Scheme”. But a glance at social media and new car deal sites shows not all are differentiating.

In any case, such initiatives should rid the UK of some inefficient old cars, bring a trading boost through the next few months, and hopefully restore some of the dealer profits that have been lost since March.

Isn’t it kind of carmakers to be so altruistic?

In this month's issue of AM, we look at some of the schemes and whether they will have an impact on Q3 registrations.