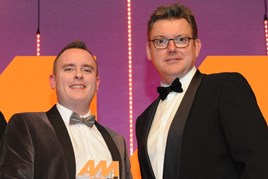 Born of a collaborative effort from members of its marketing department, CarShop’s social media strategy is heavily dictated by its social audiences.

Since it implemented its offline data program, designed to track social activity directly to a sale, CarShop said at least 30 cars have been sold as a result of social media campaigns.

Recruitment costs have also fallen as a result of using social media. After making 12 placements in 2016 (saving £35,825 in recruitment costs), the number of applicants the group received via social media has doubled to 198, with 21 of those being placed. This saved CarShop £73,500.

CarShop believes the success of its strategy can be attributed to an acceptance of social media by its employees, driven by training, as well as more infrastructure to its marketing department.

The training led to one post being picked up and amplified by Vice, a popular social channel and news source. This generated 1.7 million engagements on CarShop’s post, giving the brand exposure to 117 million people worldwide.

Following achieving an organic growth of 27,000 fans on Facebook, it was able to cut its daily advertising budget of £10.

The combination of a flexible strategy and social polls has provided a way to successfully extract information from its followers. It has also adopted a ‘test and learn’ approach when pushing the brand socially, allowing it to make informed decisions on appropriate paid and organic advertising methods.

They said CarShop has started to align itself with customer perceptions of other industries through a content strategy that “blends educational content, community focus and motoring interest with a strong focus on customer and colleague support”.