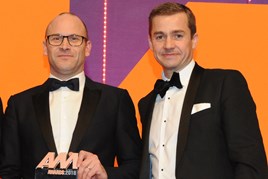 It’s a well run, highly regarded, top-performing, premium-brand-retailing powerhouse that now adds the AM Award for Retailer of the Year to its large trophy cabinet, alongside various accolades from manufacturer partners and The Sunday Times Best Companies To Work For.

As the new car market’s growth ended in 2017, Sytner took a leap into used cars with the acquisitions of the UK’s two largest car supermarket chains, CarShop and The Car People. Together they form a new division, operating separately from Sytner’s franchised divisions, but the expertise and talent they add to the group only make it stronger.

Sytner is now the UK’s largest car dealer by turnover, but as Darren Edwards, the Sytner chief executive (and winner of this year’s AM Award for Business Leader of the Year) said recently: “We never set out to be the biggest, we just wanted to be the best.”

The group’s programme of further improvements, staff training and technological developments makes it clear its focus remains on becoming exactly that.

The judges praised Sytner for never standing still, for having a strategy that keeps evolving, and for performance that was “head and shoulders ahead” of its other national peers in 2017.

Sytner has a superb portfolio of premium and specialist franchises and some spectacular facilities, yet it is its people and processes that make it a very profitable performer.

Staff are valued, motivated and rewarded, as testified by Sytner’s clutch of The Sunday Times Best Companies To Work For accolades. That success filters down, giving ambitious employees the skills and opportunities to progress their careers, either at Sytner in the UK or overseas with its parent, Penske Automotive. Members of Sytner’s board of directors provide inspiration, including chief executive Darren Edwards and HR director Melvin Rogers who both came up through the ranks.