The Lookers Electric Charge rolls on

Here at Lookers we’re already one month into the Lookers Electric Charge challenge and there’s been plenty to shout about, as well as sing about.

In aid of motor industry charity Ben, the carbon neutral challenge kicked off in Dublin last month and sees a relay of electric and hybrid vehicles travel over 2,000 miles to destinations including all 153 of Lookers’ franchised dealerships, where a range of fundraising activities are taking place.

Lookers is also going one step further in its commitment to the environment, with plans to adopt areas of woodland along the route. Carbon credits will also be purchased to ensure that the environmental target of completing the challenge carbon neutral is achieved.

Having already completed the Irish, Scottish and Cumbrian legs of the challenge, the relay is currently finishing its spell in the North East before it heads down to Lookers’ head office in Manchester. 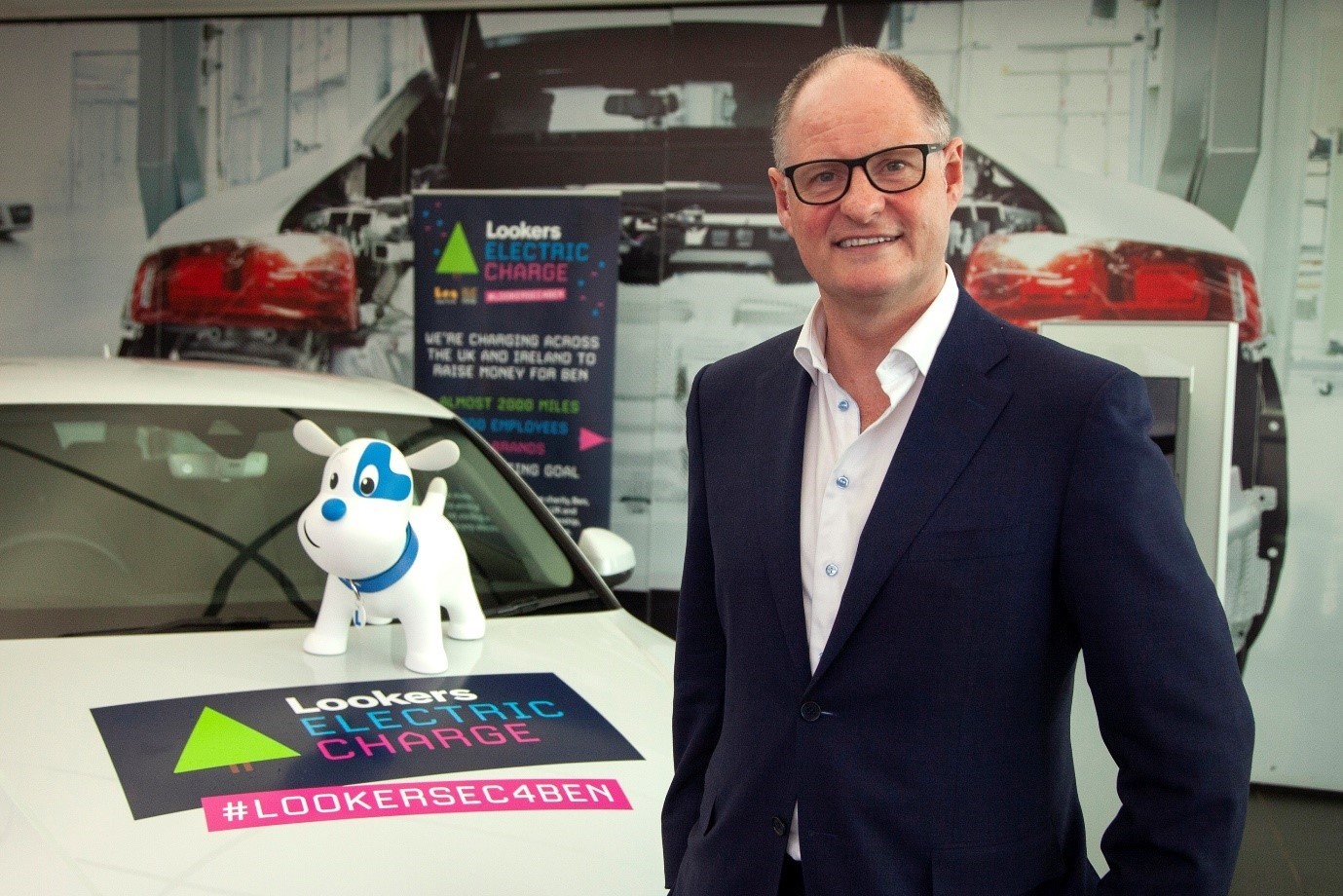 The initiative will include over 180 stops in total, including visits to the Electrification Suite at Jaguar’s Castle Bromwich facility and Ford’s iconic factory in Dagenham. While in London, the Electric Charge will also hold the ultimate showdown between electric car and bike in a first-to-the-finish race across the city.

Lookers colleagues in the North East have certainly been getting into the spirit of the challenge. As well as hosting fund raising events, including bake sales and an 80s neon inspired BBQ at Newcastle head office, staff showcased their inner X-Factor with a spot of Carpool Karaoke.

Our favourite is Colin Pybus, Franchise Director, and Michael Scott, Operations Director, at Lookers Nissan, Renault/Dacia, Hyundai, who featured in their very own silent movie, test-driving the new Nissan Leaf while dressed up as World War fighter pilots, complete with mistouches, pipes and some very interesting singing. It’s on the Lookers YouTube channel, LookersWebTV, if you fancy a chuckle.

The North-East leg also doffed its cap to a brand synonymous with the region. Home to Nissan’s UK manufacturing operations in Sunderland, and, more pertinently, the production of the Nissan Leaf, the brand has deep roots in the North-East, with the factory providing employment for around 7,000 people. 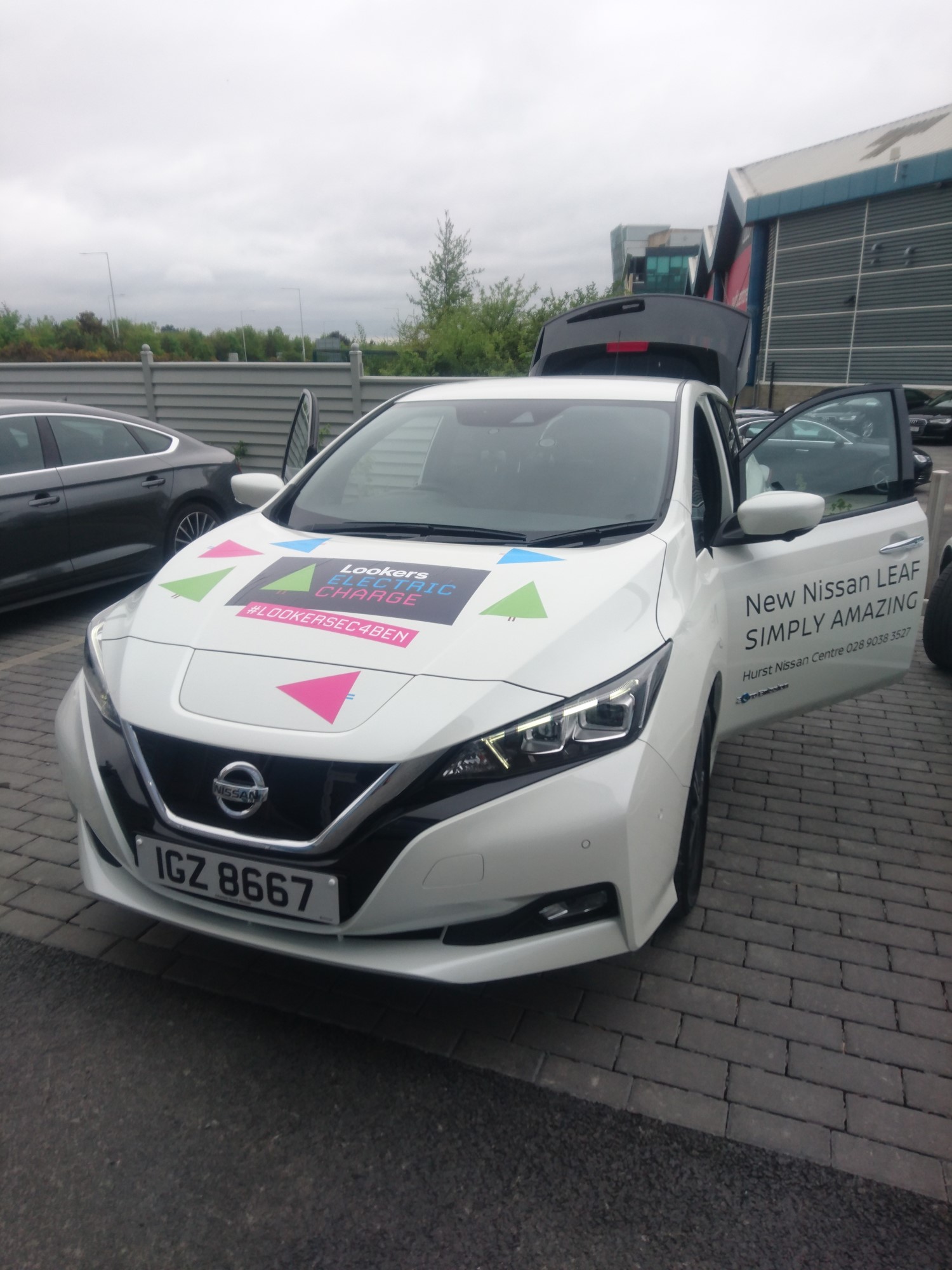 While reports suggest a reduction in headcount in the short term as a result of the squeeze on diesel sales, its senior management have suggested that the future remains bright, with the Leaf being a big reason for such optimism.

It’s a car that is carrying this weight of expectation, with its newest iteration receiving its fair share of five-star reviews and redefining expectations around electric car design.

As well as visiting the factory and doing a few laps around its test track in the Leaf (well it would be rude not to!), the Electric Charge relay also visited the Lookers Nissan Gateshead dealership, which also operates one of the first lithium battery repair centres in the country.

It’s clear that the Leaf deserves a special place in the Lookers Electric Charge and will continue to feature as the relay makes its way down the country.

Lookers CEO Andy Bruce said: “The Lookers Electric Charge has really sparked the imagination of our people, who have come up with so many ideas of how to raise money for Ben. Electric cars are clearly here to stay, so this is also a fantastic opportunity to showcase our wide range of EVs and hybrids as well as join some very timely and important conversations surrounding the future of motoring.”

Another car that has featured heavily in the early stages of the Lookers Electric Charge is the brand Jaguar I-PACE, the first all-electric car produced by Jaguar. See for yourself what Lookers CEO Andy Bruce thought of it in the video below.​

AM Poll
Are you training your staff on commission disclosure ahead of the January FCA changes? Please leave a comment
Vote
View all
1831