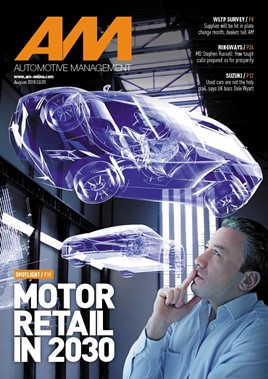 The Government wants as much as 70% of new cars sold annually to fall into the ultra-low emission vehicle (ULEV) category by 2030 as part of its Road to Zero strategy.

It’s a commendable target, and one which car brands must strive to achieve. They must demonstrate they are capable of eventually achieving zero tailpipe emissions, even if this means technology partnerships and alliances to reach this target, which is just two model life cycles away. The pressure is truly on.

But the industry also needs certainty regarding the state support available to it in the medium to long term. The plan confirmed plug-in car and van grants at their current rates only as far as October 2018, and a grant in some form until 2020. That’s really not good enough.

The Government needs to help make electric vehicles and plug-in hybrids as affordable as petrol cars in the next decade (although I suspect it will just as likely tax conventional powertrains and fuels to make them unattractive for many buyers).

In addition, charging infrastructure needs to expand faster than sales growth. The £400 million Charging Infrastructure Investment Fund, which was announced in last November’s Budget, should help support businesses that produce and install charging points, but I hope this is just the start. Consumers need confidence that their new transport options will get them to where they want to be, without wasting time finding a charger that is working and available. Otherwise, few of your long-standing customers will change the habits of a lifetime.

Read the digital issue of this month's AM here

Supplies will be hit in plate change month, dealers tell AM

MD Stephen Russell: How tough calls prepared us for prosperity

The future of motor retail