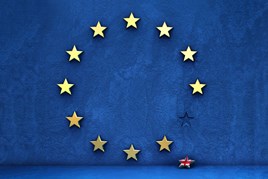 Motor retailers have been told to prepare for a ‘no deal’ Brexit as supply line uncertainties look increasingly likely following Britain’s planned departure from the EU in March 2019.

Sue Robinson, director of the National Franchised Dealers Association (NFDA) said while the lack of a free trade agreement and the imposition of a 10% tariff on imports was the association’s “least favourite outcome”, it was “important that members include a ‘no deal’ scenario in their future contingency plans”.

Much of the talk during recent Brexit negotiations between Britain and the EU centred on car manufacturing, with no mention of the impact on franchised dealers, which contribute more than £15 billion to the UK economy and employ more than 621,000 people.

At the Paris Motor Show, Harald Krüger, the chief executive of BMW and a former head of the Mini plant in Oxford, warned that plans to close the factory for a month after Brexit would, in the event of a ‘no deal’ Brexit, be followed by a total closure and production would move to the Netherlands.

Jaguar Land Rover is also considering a Brexit-related extended closure of its Solihull, Castle Bromwich, Wolverhampton and Halewood factories after its chief executive, Ralf Speth, said a ‘no deal’ outcome to talks would cost the business £1.2bn a year.

Speth reiterated the threat in an interview with Your Money, an Australian television channel, last week: “Everybody can do the maths. It is very open and very transparent. It is not only at Jaguar Land Rover, but it is also an element for the supplier industry and export industry in the UK.

"It will be very, very critical if we see a hard Brexit or no deal. Companies will disappear, plants will be closed. There’s no way to survive a hard Brexit for many industries.”

In an interview on BBC Radio 4, Marvin Cook, the managing director of Toyota UK’s Burnaston manufacturing plant, said a no-deal Brexit would also cause production stoppages there.

Cook said: “The evidence from not just Toyota, but other manufacturers, is that we need to absolutely be able to continue what has been a highly successful set of supply chains. We need to have a deal.”

But even as manufacturers take to the airwaves in their attempts to safeguard free-trade agreements, support and advice for their retail networks appears less than forthcoming.

The Society of Motor Manufacturers and Traders calculated that £1,500 could be added to the price of the average EU-built car if ‘no deal’ results in the adoption of World Trade Organisation (WTO) rules. As a result, many retailers will be asking for clarification of the impact on their businesses.

John Tordoff, chief executive of JCT600, said he had received no support or guidance from manufacturer partners, but added: “We are just coming into conference season, when there’ll be discussions around contracts and volume aspirations for next year, so I fully expect Brexit to be on the agenda.

“Above all, we need clarification with regards to what manufacturer expectations are going to be in 2019. Irrespective of the Brexit deal, the SMMT is predicting volumes down by 2% to 3%, but until we have meaningful discussions with our manufacturer partners we can’t make any plans.”

Despite the impact of the Brexit vote on both currency and consumer confidence, Tordoff said sales had remained buoyant at JCT600 since June 2016.

The Gfk consumer confidence index fell from -1 to -12 in the month immediately after the Brexit vote and remained at -9 in September 2018, but Tordoff said JCT600 had continued to be “overrun with customer enquiries”.

He added: “Take yourself back two or three years and all the doom-mongers suggested that the day after the Brexit vote everything was going to fall apart. The reality is that nothing really changed.”

Robert Forrester, the chief executive of Vertu Motors, likened fears surrounding Britain’s exit in March to the Millennium Bug, saying that “the sun will still rise the following day”.

He conceded, however, that the uncertainty of Brexit had played a part in Vertu’s decision to strengthen its balance sheet.

“We were already conservative around debt because of the cyclical nature of the sector, but Brexit has added another variable,” said Forrester.

‘We are facing Armageddon’

Not everyone is so sanguine about the outcome of a ‘no deal’ Brexit, however.

Brian Gilda, the chairman of Peoples Ford, and chair of the Ford Europe Product Panel, warned the motor industry in the UK was “staring over a cliff edge”.

He said: “Unless the Government gets a fix on Brexit, an agreement which doesn’t impose unacceptable tariffs and cross-border trading constraints, the UK motor industry is facing Armageddon. This is a huge industry in the UK and Brexit has the potential to do untold damage to it.”

Gilda’s concerns are echoed by the RMI, which has called on the Government for certainty on Brexit by the end of November.

Peter Johnson, the RMI president, told attendees at its annual dinner: “Whether they settle on a Chequers-style deal, or a Canada-plus deal, or a form of customs union, our industry must have a deal agreed and that deal approved by parliament this November. Neither our suppliers, nor our customers, nor our own businesses will benefit from delays at border checkpoints nor from tariffs set at two levels,” he said.

Suppliers, too, are sounding warning bells.

DMS provider Pinewood, which recently recruited seven Vietnamese graduate software developers, said employers have found it increasingly difficult to recruit EU workers. Pinewood attributed the difficulty to a decline in the UK’s attractiveness to EU workers, due to the falling value of the pound and the uncertainty about their futures.

Sales could fall to 2009 levels

On October 9, Frost & Sullivan hosted a Brexit seminar at its London headquarters.

Senior partner Sarwant Singh said it had analysed  the likely impact of various Brexit negotiation outcomes on the automotive sector.

“What we have found is that new car sales volumes will decline whatever the outcome of negotiations (see the graph, left), but a hard Brexit would see registrations fall back towards levels last seen in 2009,” he said.

Among manufacturers’ impact mitigation strategies have been the stockpiling of vehicles and parts in storage facilities on each side of the border, he said, adding: “Manufacturers will also be looking to different ports to bring vehicles into the UK because Dover, in particular, is expected to become extremely congested.”

Who will pay the price?

Singh said it was impossible to foresee a scenario where car manufacturers would expect their franchised partners to bear the impact of the £1,500 WTO tariff if Britain left the EU without a deal in March, however.

He said: “With the margins made in the sector, I do not see how that could be expected of them.”

Most manufacturers suggested it was too early to make plans when AM asked what advice they had offered franchised partners.

PSA Group said it was “planning for all eventualities” and Ford echoed that, adding that WTO tariffs would cost it about $1bn a year.

Robinson said the impact of a hard Brexit would vary depending on whether a retailer’s manufacturer partner was EU-based or not: “Manufacturers based outside of the EEA are able to absorb these costs without affecting their competitive retail proposition.”

Mazda, for example, already pays a 10% tariff on the cars and parts it imports from outside the EU.

A Mazda spokesman said: “If there are tariffs imposed then, relative to our competitors, we would be better off.”