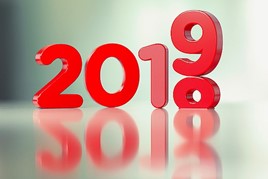 Independent car retailers are entering 2019 with a more positive outlook than their franchised counterparts, according to the findings of a new survey conducted by AM.

With the Society of Motor Manufacturer and Traders (SMMT) predicting a further 2.4% decline in new car registrations in 2019 (to 2.325m) it is clear that competition will heat up in the used car sector.

As explored by AM’s news insight on the used car sector last month, consumer uncertainty ahead of Britain’s planned departure from the EU on March 29 and continued constraints on new car supply as a result of the Worldwide harmonised Light vehicle Test Procedure (WLTP) will mean a continued focus on the stocking and sale of pre-owned cars.

But those without an interest in both new and used sectors appear to be more confident about their future fortunes.

The majority (60%) of independent respondents to the recent ‘2019 Outlook Survey’ expect to increase turnover in 2019, while 44% expect profitability to increase in the year ahead with used car finance volumes also growing, according to 55%.

In contrast, less than a third of respondents (31.9%) from the franchised sector expect turnover to rise in 2019, while just 28.7% were planning for growth in profitability.

The weakness of the new car sector appeared to be the key driver in franchised retailers’ less positive outlook.

In contrast to the 51.1% of franchised retailers who expected used car finance business to grow, just 26.7% thought they would see growth in new car finance during the period.

Finance profits could yet come under greater scrutiny in 2019, however, with the FCA’s full review of the automotive finance sector yet to be published as AM went to press.

It will deliver findings on the culture of firms; affordability and how dealers and lenders make assessments; business-to-business incentivisation and how it affects selling behaviour; and the clarity and accuracy of point-of-sale information.

“While we can be pleased with the progress our industry has made in these areas over recent years, I believe it is inevitable that the FCA will find areas where we could accelerate our rate of change,” he said.

Turning down the volume

In pure car retail terms, 63.83% of the survey’s franchised retailer respondents said new car sales would decline in 2019, compared with 18% who thought they would increase and the same amount who saw volumes remaining flat.

An increased reliance on used car sales was indicated by the belief of 69.15% of franchisees who expected their used volumes to increase.

Among independents, a lesser 64% said volumes would increase while 28% felt their volumes would see a decline, compared with just 12.77% of franchisees.

Drawing from an automotive sector insight report, compiled in partnership with Grant Thornton, he said: “We’ll see some of the supply come back in from the lease sector as new car supply increases again, along with PCP renewals, and this will also see many franchised operators shift their focus back towards new vehicles.”

Alison Ashley, RSM’s head of automotive, predicted that the shortfall in supply that has affected franchisees’ new car sales in recent months – Volkswagen Group brands accounted for almost half of the UK market’s 20.5% overall decline in September – could be enough to force some out of business, however.

She said: “WLTP is not alone in exerting pressure in the current market, but it will be a reason for some closed businesses, I’m sure.”

In predictions made specifically for the EV battery market in 2019, electronics design consultancy ByteSnap Design speculated that the Department for Transport’s (DfT) cut in the plug-in car grant (£1,000 less for hybrids and nothing for cars with a zero-emissions range of less than 70 miles) would see the new and used AFV sectors diverge.

Pure EVs will generate greater growth for franchisees in 2019 as they still qualify for a £3,500 PICG (a reduction of £1,000), while the less-in-favour PHEVs will attract increasing numbers of consumers as used vehicles.

ByteSnap Design said: “Given the poor market in the rest of the automotive sector and the cutback in allowances on PHEVs, battery-electric vehicles (BEV)s will surge.”

AM’s survey reflected an expectation of growth in demand for AFVs, and independents see themselves increasingly competing with franchised car retailers for wholesale stock.

While 64.89% of franchisees said they were expecting a rise in sales of AFVs, 60% of independents expected the same.

Franchised retailers will need to sell more AFVs if they are to plug the gap left by diesel vehicles.

Declining appetite for the fuel type led 85.11% of franchisees to predict that new diesel volumes would decrease in 2019.

The SMMT has forecast that sales of new diesel vehicles will decline by 12.2%, taking its market share to 28.3%.

The effects may be less severely felt in the used sector, with 53.19% of franchisees and 60% of independents predicting a decline in diesel cars.

As AM's January edition went to press, the Prime Minister, Theresa May, had postponed a vote on her Brexit deal just days ahead of a return to Brussels to continue discussions with EU officials.

Many see the value of sterling as a key driver of the market in 2019.

Just more than a quarter of respondents to AM’s survey (26.9%) said they anticipated increasing their investment in acquisitions in 2019, compared with 34.5% who said it would decrease and 43.7% who expected it to remain unchanged.

But Edwards believes that “consolidation will continue to play a major role” with “Brexit and the uncertainty around that has to be taken into consideration”.

He said the weak pound had led to interest from South Africa (Supergroup and Imperial Holdings), Saudi Arabia (AW Rostamani) and Hong Kong (Lei Shing Hong) in recent years and he expects that trend to continue.

He said manufacturers would also continue to drive consolidation in 2019.

“We have seen consolidation of sites from JLR, and Vauxhall has taken huge strides in reducing the size of its network. We expect this trend to continue”, he said.

The weak pound has also made the UK a comparatively more appealing prospect for car manufacturers importing vehicles from outside the EU.

To the end of November, Mitsubishi (whose new car registrations were up 30.74% year-on-year) was among a number of Asian brands recording growth in a faltering market, including Toyota, Lexus, Kia and Honda. These brands look most likely to continue to deliver volume to UK shores in an attempt to increase market share, especially given that the 10% import tax already levied against Japanese imports would make many of them more competitive in the event of a
hard Brexit.

Despite the falling volume of new car registrations, which is predicted to continue in 2019, 44.68% of respondents to AM’s survey said they expected pre-registrations to be on the rise in 2019, compared with 27.66% who said they would decrease and the same percentage who expected the incidence of pre-reg to remain stable.

Alison Ashley believes many retailers need to prepare better for Brexit, whatever the outcome.

She said: “As a firm, we’re Brexit-mad, but dealers just don’t seem to care. They say ‘what will be, will be’.

“I think from a network perspective they should be paying more attention and acknowledging that what is a manufacturer problem will soon become their problem.”