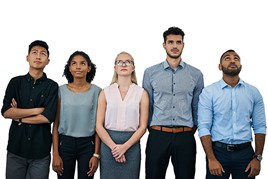 Increases in automotive pay alongside an increase in the number of vacancies in the sector suggest that Brexit is having an effect on motor retailers’ recruitment.

CV Library’s analysis of the job market in March found that automotive industry salaries had increased 5.2% year-on-year and vacancies were up  3.1% in the month, compared with February. It also recorded a 3.5% increase in new applications to the automotive industry.

Lee Biggins, founder and chief executive of CV Library, said: “In response to uncertainty surrounding the outcome of Brexit, automotive employers increased their hiring efforts by pushing up salaries and job seekers have been listening.”

Steele Dixon, an automotive recruitment specialist, said it is enjoying its best quarter in its 58-year history, following a 75% increase in its business in Q1.

Ed Steele, Steele Dixon managing director, said his company specialises in the senior end of the market, and in that area there has been no hesitation for people to move jobs.

The company has worked on nine financial director vacancies over the first three months of the year, which Steele said is unusually high.

“It’s been said that you hire financial directors when you’re in a downturn and marketing directors when things are good, but that’s not the reason behind these appointments,” he said.

“They have been down to businesses needing to replace people, rather than groups that are struggling financially and need someone to wrestle things back.”

Steele said the 2008 recession forced dealer groups to continue to run lean on staff and that practice has never really changed. Combined with the ongoing decline in the number of franchised dealerships in the UK, that makes drastic head-count reductions unlikely in the near future.

Steele said he has been encouraged by the fact that some dealers are already building up stocks of CVs so they can have candidates ready to go if a vacancy comes up.

He said: “The recruitment market feels very positive right now. As this Brexit saga goes on and on, I think it becomes less relevant to the people at the coalface that are getting on with the job.”

Automotive Recruitment Consultants (ARC) works with a wider cross-section of automotive retail vacancies and director Chris Highfield said there has not been an industry-wide pause on recruitment due to Brexit.

However, he said sentiment did start to change in the run-up to  the original March 29 exit date.

Highfield said: “Initially, there was a problem when the referendum announcement came out. We saw a drop in the market, but that started to level out over the following months.

“As we’ve got to the back end of 2018, that feeling has returned as we get closer to a leave date.”

This has manifested with dealer groups not looking to replace someone that leaves. If a team of four can tackle what was previously done by a team of five, they will make do.

He sympathised with the position dealers have been put in.

Highfield said: “If you don’t know what’s going to happen with your business in the future, you do become more cautious and investing in staff or training is naturally going to come under review.

He thinks the outcome of the Brexit process is less important than settling the issue: “People just want to know that it’s sorted either way and I think when we get a decision and we can move forward, people will generally start to feel a bit more comfortable.”

However, not everybody is convinced that uncertainty is the only  thing affecting recruitment. An end to freedom of movement will have an impact on the number of people available to take on valeting and facilities management roles.

Ousman Njie, director of Coventry-based independent used car retail operation Motonet.com, said his business was already feeling the effects with its vehicle preparation “really suffering” due to the decision of a Polish employee to return home ahead of the official departure date.

Heath Evans, managing director of Assured Group and chairman of the Association for Contract Valeting, said there has been a consistent contraction of labour available for the valeting part of the industry.

Evans said consistent uncertainty is reducing the pool of contract staff available to take on unskilled jobs, the majority of which he said are filled by those from Eastern European countries. Assured Group saw its recruitment pool drop by 40% last year.

Evans said: “There is no appetite from British unskilled workers to take on these jobs, mainly down to the level of pay.”

He said there is also a lot of confusion for seasonal staff around whether they are allowed to stay in the UK after Brexit or whether they will get access to healthcare.

Nor are the effect confined to EU citizens. The Porsche Retail Group managing director Ade Smith said he was concerned about the impact of Brexit on aftersales teams and said one of his centre managers had decided to return to New Zealand after the referendum result.

The Government has indicated in a Home Office White Paper that it will look to offer lower-skilled and unskilled migrants from “low-risk countries” the ability to seek work for up to a year in post-Brexit UK. This scheme would run until 2025.

The Government hopes this measure will help businesses that are reliant on immigrant labour to continue trading after the end of freedom of movement.

Those using this route would not be able to bring family members or access benefits.

Steve Nash, IMI chief executive, said it’s all too easy to throw every problem the motor industry is facing into the Brexit bucket.

He said cutting back on recruitment and training is something the industry has been guilty of during every downturn.

However, Nash said there has been a noted increase in the number of technicians from Eastern Europe either returning home or moving to other more prosperous markets as the pound has weakened.

He said: “If they are working here to send money back home, it has become less viable.

“Those technicians went some way to helping fill that need for technicians in the UK, but, regardless of Brexit, we have always been in a situation where there has not been enough technical staff to fill the roles available.”

Nash said the confusion around the Apprenticeship Levy has exacerbated the impact of Brexit as dealers struggle to understand how they can access funding to get new blood into the industry.

Nash, previously aftersales director for BMW Group UK, said he understood how immediate the motor retail industry can be, particularly when a downturn hits.

He said: “You have some groups like Sytner that ramp up investment in training and recruitment, but others will be cautious and find themselves in a situation where they’re not able to as easily accelerate when things swing back the other way.”

For those dealer groups struggling to recruit or find candidates in the current climate, Nash urged dealers to investigate the potential of the Apprenticeship Levy – and not just for technical roles.

He said: “There are apprenticeships available for finance and management roles.

“The job is changing so dramatically with the onset of electric vehicles. EVs, advanced driver assistance systems and automated technology is something to get young people excited about when convincing them to join the industry.”

Highfield agreed that the industry needs to be more forward-thinking about its recruitment needs. Of the 200 or so vacancies ARC is working on, about 30% are for technicians.

He said: “The problem you have with a pause or slowing of training in the industry is that you can’t get enough people ready for the future on technical roles.

“We’re seeing a mixture of that and then, from an anecdotal perspective, immigrants that came over to work in technical roles are also leaving due to Brexit. Overall, it means there are fewer candidates and there aren’t enough people being trained to fill the gap.”

Highfield said this cyclical nature of the industry has happened time and time again – there’s political or economic turmoil, business becomes cautious and cuts back on training, then you’re left with a skills gap.