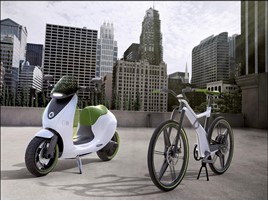 Motor retailers might have a new business opportunity ahead in electric scooters, as the Government backed research group Cenex has found that promotion of electric scooters or mopeds could significantly lower energy use and emissions.

Shortly after the UK Government published its clean air strategy to reduce emissions and improve public health, the Cenex report has found that electric scooters use 72–91% less energy and reduce greenhouse gas emissions by 70–90% compared to a 250cc scooter of similar specifications.

Cenex’s head of transport Steve Carroll said: “Scooters and other light vehicles have a key role to play in creating less congested, more efficient and cleaner cities in the future.”

Electric cars typically use 50–70% less energy than petrol/diesel models, a lower saving compared to electric scooters, according to Cenex. It believes this is due to the “inherent inefficiencies” in the small petrol engines used within scooters and mopeds.

The research tested two similar scooters – one electric, one petrol – in an emissions-testing laboratory equipped with a chassis dynamometer.

For example, NOx emissions from the petrol scooter were within its Euro 4 regulatory limits for both the legislative and real-world drive cycles.

While Cenex has carried out extensive research on the environmental performance of cars and trucks, this is the first study conducted with two-wheeled transport.